Phase I – The “Break-Through” 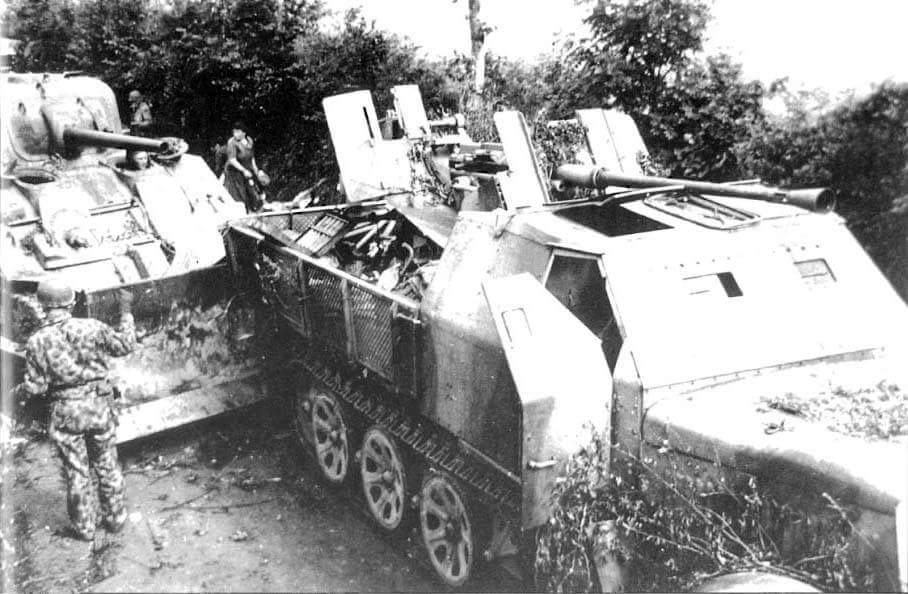 “Combat Command A” was to be the divisional’s big stick in the coming operation, so had an Engineer Company assigned to each of its columns. Co. ”A” on the right and Co. ”C” on the left. Co. ”B” was with the CC. ”B” and Co. ”D” with the 82nd Rcn Bn. After a long march from the La Mine area, the companies proceeded in column to Pont Herbert and vicinity 25 July, where after a terrific bombardment of the enemy lines a little south, the Infantry Divisions pushed off and were shortly afterwards followed by our armoured columns. Bomb craters were everywhere, and Engineer platoons and bull dozers kept forward fixing roads or making by-passes through the hedgerow; also sweeping for mines. Proceeding through Saint- Gilles and Canisy, the right column of CC. ”A” was pulling into bivouac near Le Mesnil Herman 27 July, when a heavy incoming artillery barrage killed Capt. Cecil E. McMahan and five men of Co. ”A” and wounded several others. 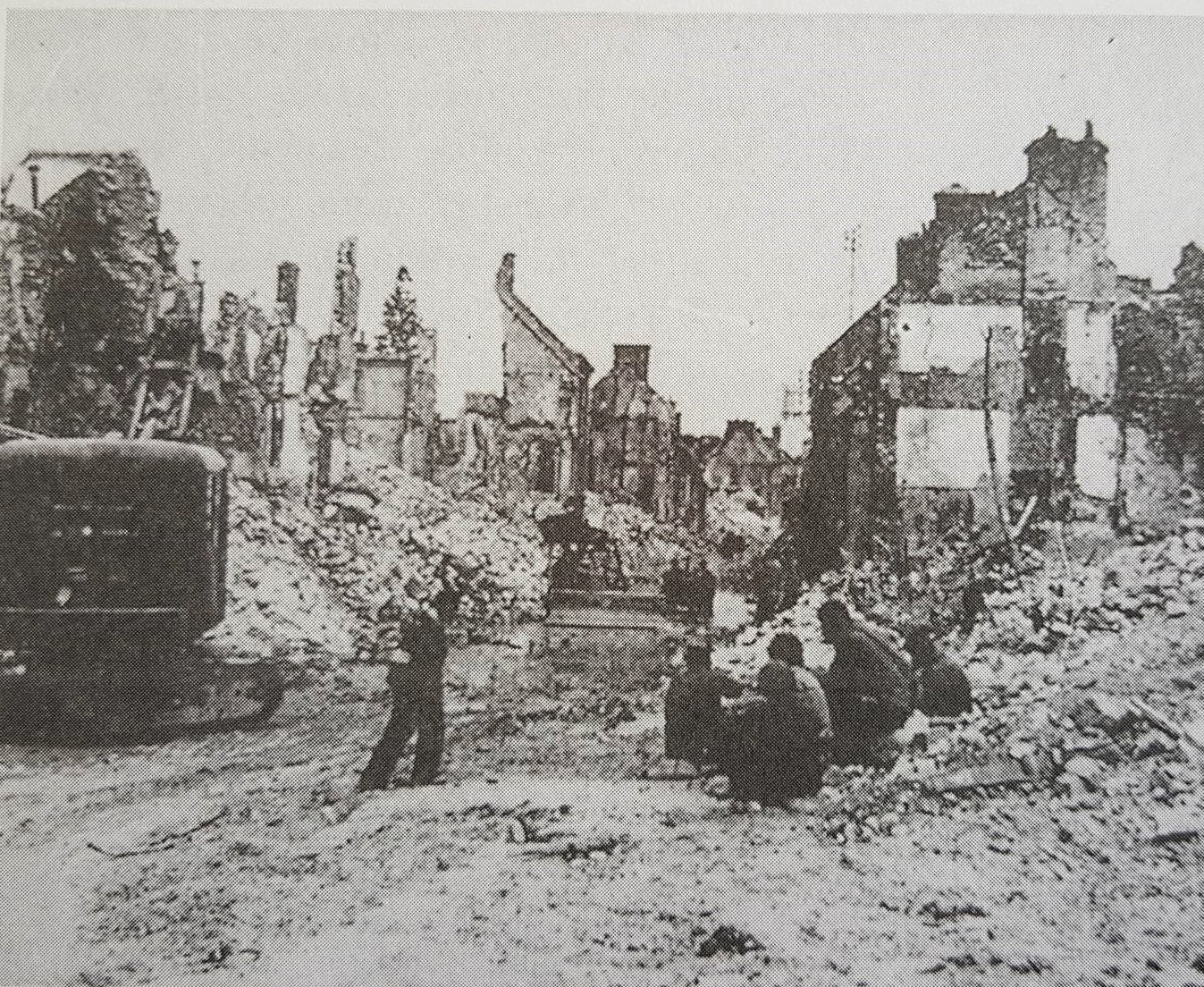 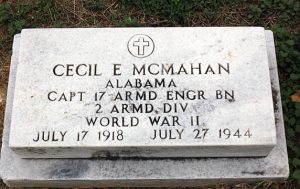 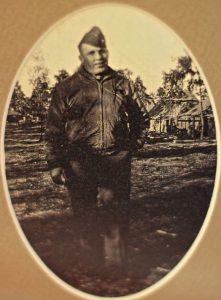 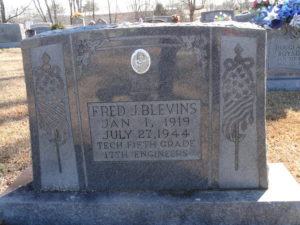 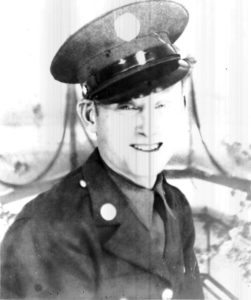 (Edit 3: one of the five man who were killed in Action by the artillery barrage on 27th July 1944 is Corporal Randolph Clifford Jennie) 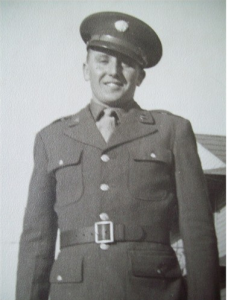 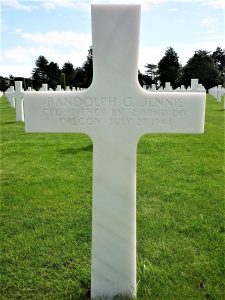 (Edit 4: one of the five man who were killed in Action by the artillery barrage on 27th July 1944 is Sergeant Adam F. Kauchis) 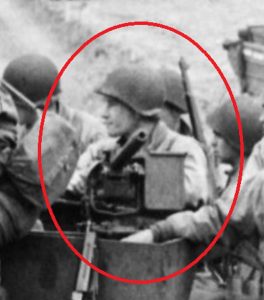 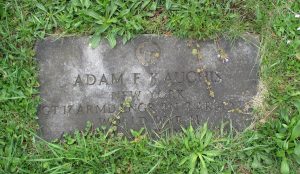 (Edit 5: one of the five man who were killed in Action by the artillery barrage on 27th July 1944 is Private Dan Donald Mikovich) 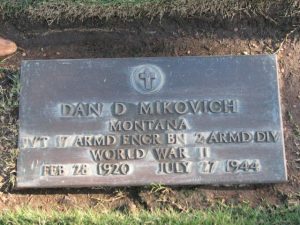 (Edit 6: one of the five man who were killed in Action by the artillery barrage on 27th July 1944 is Corporal James G Waldron) 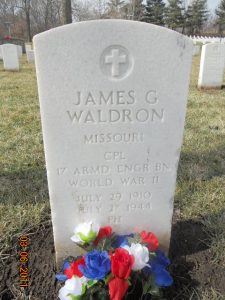 Capt. Gretzelon Hazen was placed in command of the company. The BSO, Capt. Thomas W. Kelly, Jr. And two men from Hq. Co. were killed by enemy bombing near Pont Herbert 28 July. 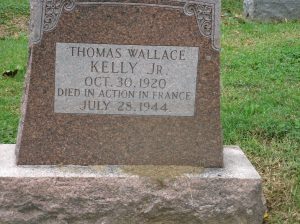 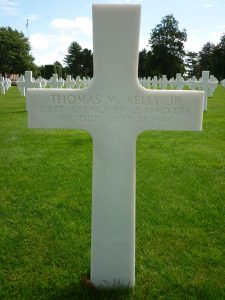 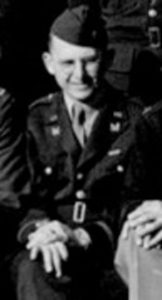 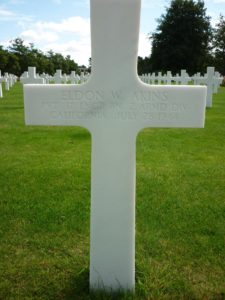 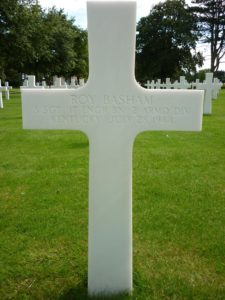 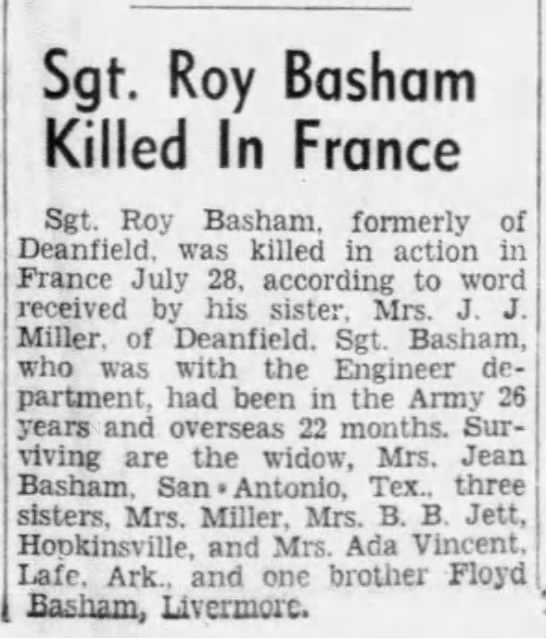 The Engineers also were inflicting casualties on the enemy these first days on the Campaign. Co. ”D” captured 32 prisoners 27 July and 21 the following day and helped repulse several counterattacks. The 2nd Platoon of CC. ”C” in a combat patrol against an enemy force that had cut the main route of advance of the Combat Command captured 12 prisoners and destroyed an enemy tank at La Denisiere, and CC. ”B” in the action at Notre-Dame-de-Cenilly and Lengorne took a total of 38 prisoners. The Co. moved into a bivouac area at night, the next AM found a Co. of Ks on the other side of the hedgerow, who also had slept there the proceeding night. The Bn. and division reassembled near Notre-Dame-de-Cenilly 31 July to reorganize for further operations. 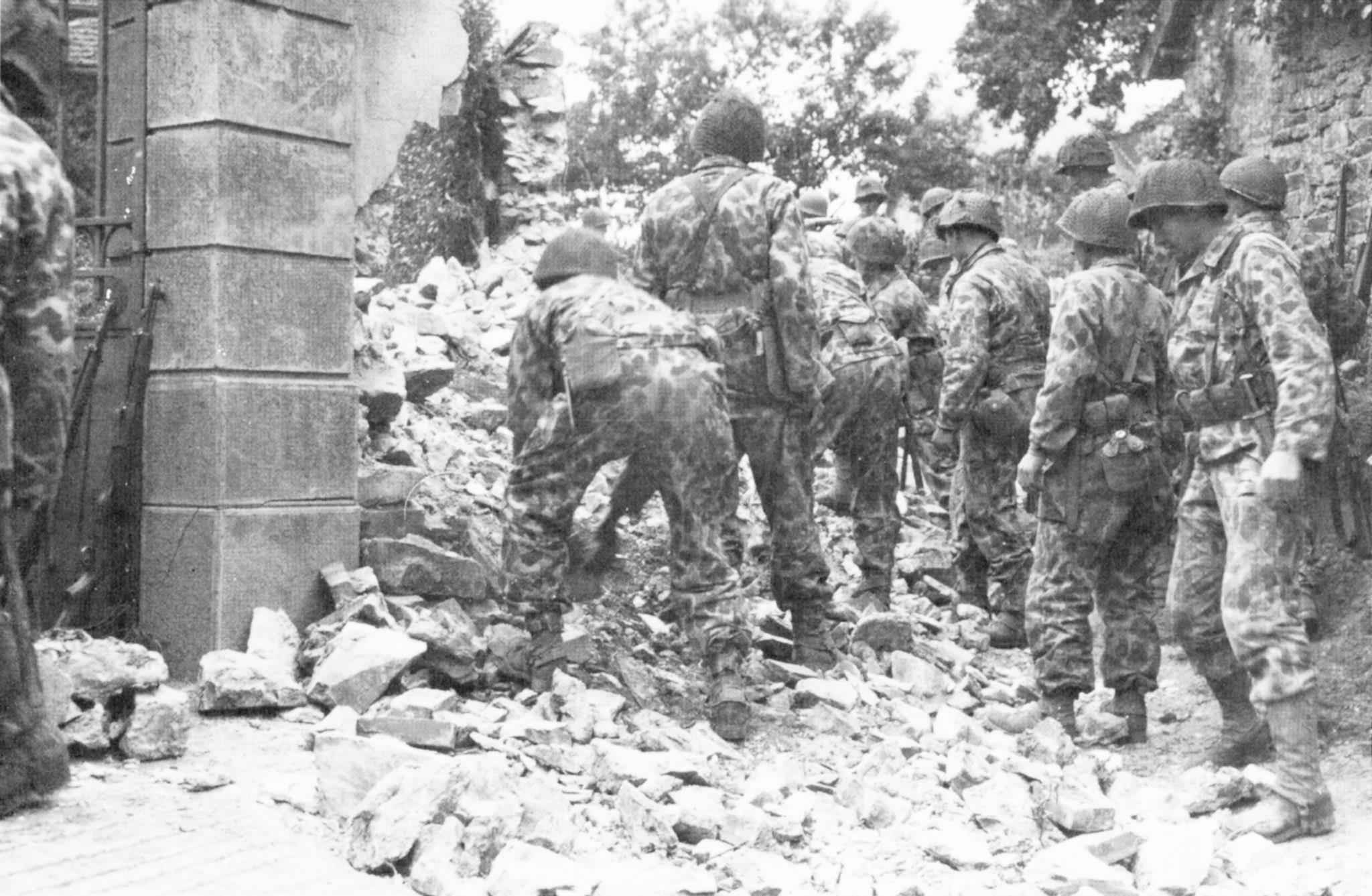 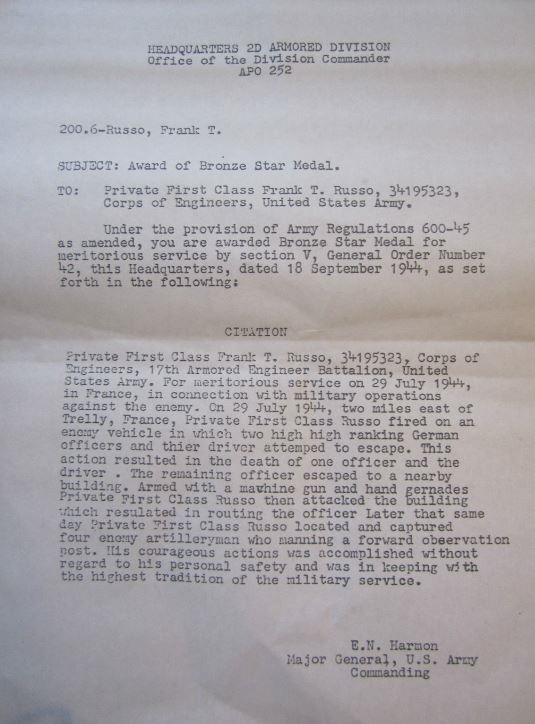 During the period 2 to 6 August an attack was launched in the direction of Vire and Saint Sever Calvados. Co. ”C” was released from CC. ”A” to Bn, however the 2nd Platoon was attached to the 113th Cavalry from reconnaissance operations in the vicinity of Vire. (Capt. Hazen was injured 5 August, and 1st Lt. Francis Crimmins assumed command of Co. ”A”) 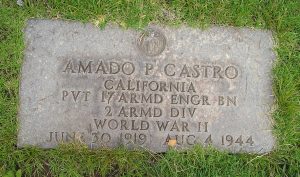 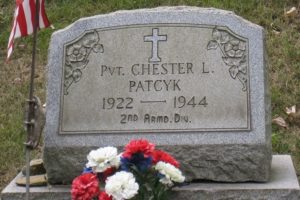 On 7 august the division continued its advance, leaving Co. ”A” in the vicinity of Vire to assist in CC. ”A”’s attack on that city. Co. ”D” with 82nd Rcn was in the lead during the next push, followed by CC. ”B”, with Co. ”C” attached, and the remainder of the Bn. under Divisional Reserve control. All Companies were employed as infantry in the area north of Barenton 8 August until 16 August. This was one of the hottest areas yet reached. Capt. George Youngblood, CO of Co. ”D”, and a demolition squad in the face of enemy fire blew a bridge in Lonlay-l’Abbaye on 8 August which halted an enemy column and enabled its destruction by friendly airplanes, thus earning his first Silver Star Medal. His patrols also demolished two bridges near Rouellé to nights later. Meanwhile, near Barenton, Co. ”B” under Division Reserve sent its platoons in line on the West of town, and to the north . 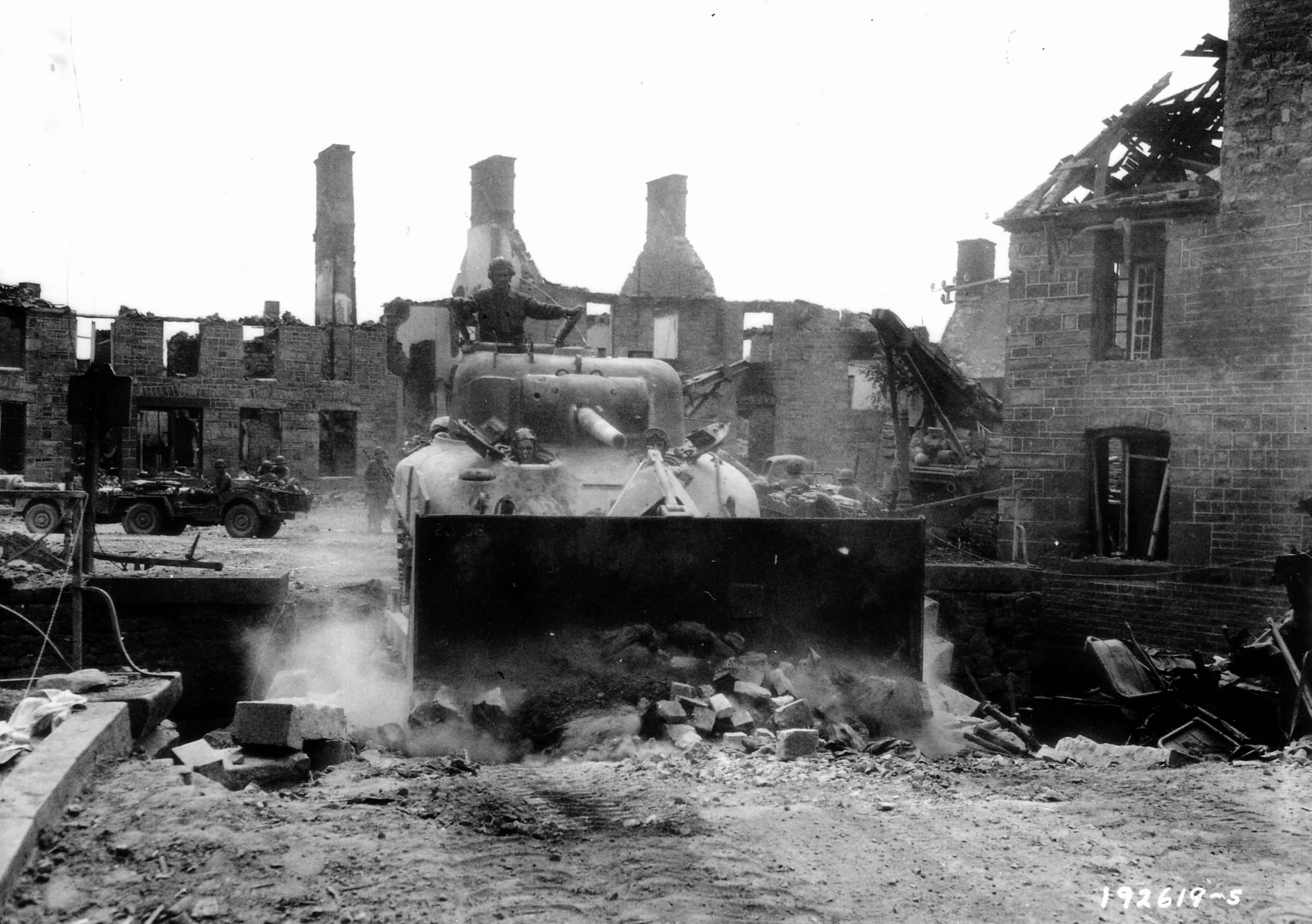 A M4A1 Sherman tank fitted with a bulldozer blade clears rubble from the bridge in the center of the village.
The bridge was partially destroyed by an American elements of the 17th Armored Engineer Battalion and 82nd Recon. Bn (2nd US AD) at around 23:00 on the 8th of August during the German Operation Lüttich offensive near Mortain.
This was to prevent units of the 10th SS Panzer advancing the area from using the bridge to further their advance.
On the Right hand side you can just see the rear end of a TRV
The photo credit I have says its the ruins in Lonlay-L’Abbaye on 15 August 1944. This came with the photo. As far as we know this is the correct caption date time and place
(Source: Facebook page 2nd Amorored Maintanance Battalion)

Aerial view of Lonlay-L’Abbaye in the center, with trees and trucks, Place Saint-Sauveur. A shell in the steeple of the church. On August 8, a patrol of the 17th Armored Engineer Recon 82nd Recon Battalion . Bn., Units of the 2nd US AD enters the village around 20:00, but not feeling strong, they fall back the next day to Saint-Cyr du Bailleul and Saint-Bômer-les Forges. The counterattack of the Germans (furious at the arival made by the inhabitants to the liberators) take revenge by setting fire to the presbytery and part of the village (see photo on the right) The CCA of the 2nd US AD runs through Ger and Lonlay the Abbey August 14, 1944 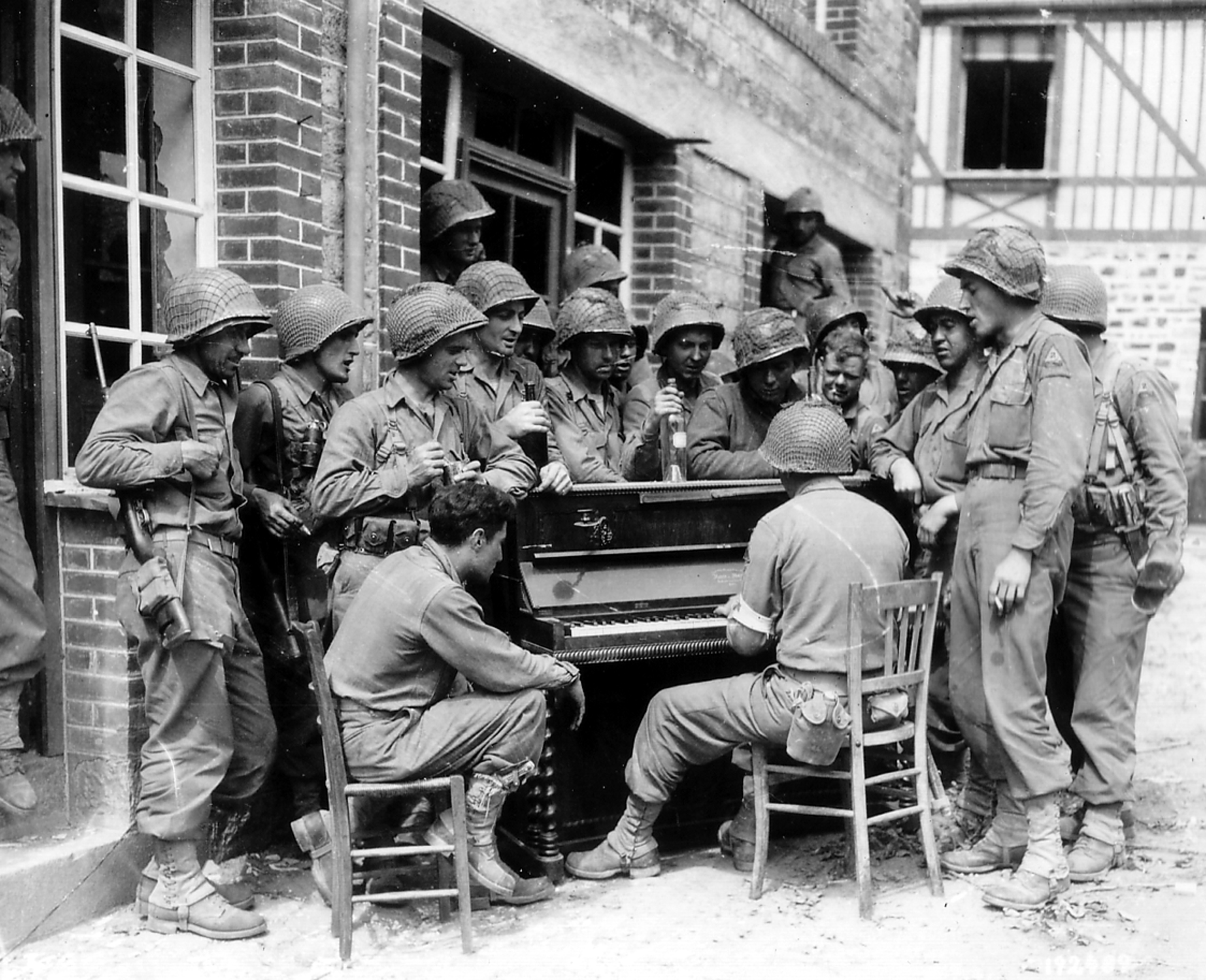 17th Engineers, Barenton Frankrijk, 10 augustus 1944 zw sing Go to Town in the Rue Monteglise, Barenton (source: unknown)Read more about this picture at the page: Barenton “Then and now”

Co. ”C” had its platoons clearing mines, setting up road blocks, ands working with the Infantry . the 1st Platoon, working with Co. ”H”, 41st Armored Infantry Regiment on what became known to the men as “Purple Heart Hill”, had their first introduction to the “Screaming-Mimi” (Nebelwerfer) and suffered several casualties. (including Lt. Hamilton who was wounded from artillery.) In all, one man was killed and 13 wounded. Valuable reconnaissance work which resulted in the destruction of four 88mm guns by Pfc. Melvin Buckles and S/Sgt Jack Depsey earned them the award of Bronze Star Medals. Companies ”C” and ”D” each built a 60 foot tread way bridge near Domfront 13 and 14 August, respectively. 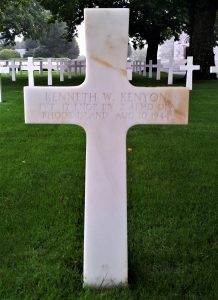 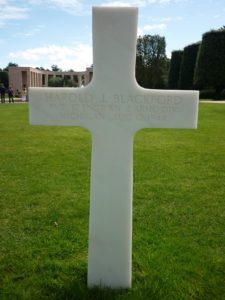 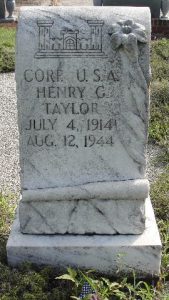 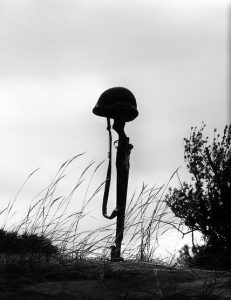 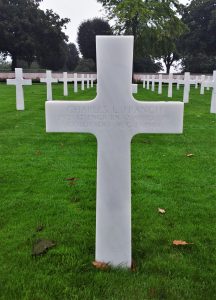 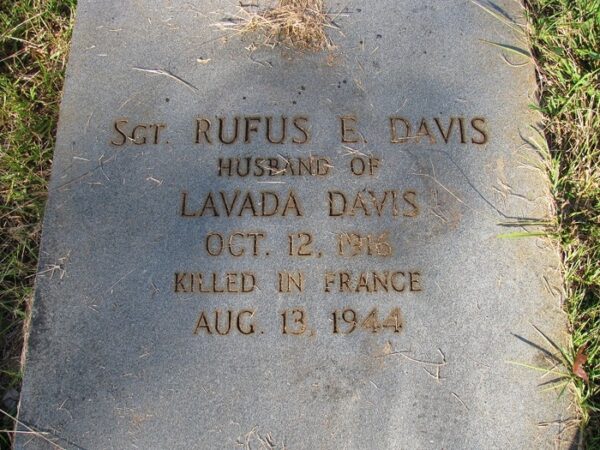