More letters will be posted and transcribed in 2019!

Letters from Ernest Struble during active service with

The letters were examined by the Army Examiner, that was the platoon commander of Company C, 17th Armored Engineer Battalion: 2nd Lieutenant Edwin E Spears.

The letters start with adressing to “Russie” who is his 6 years older brother Russel, and then “Jack” that comes from Josephine, his Sister-in-Law. The name “Pearl” could be the child of Russel and Josephine. 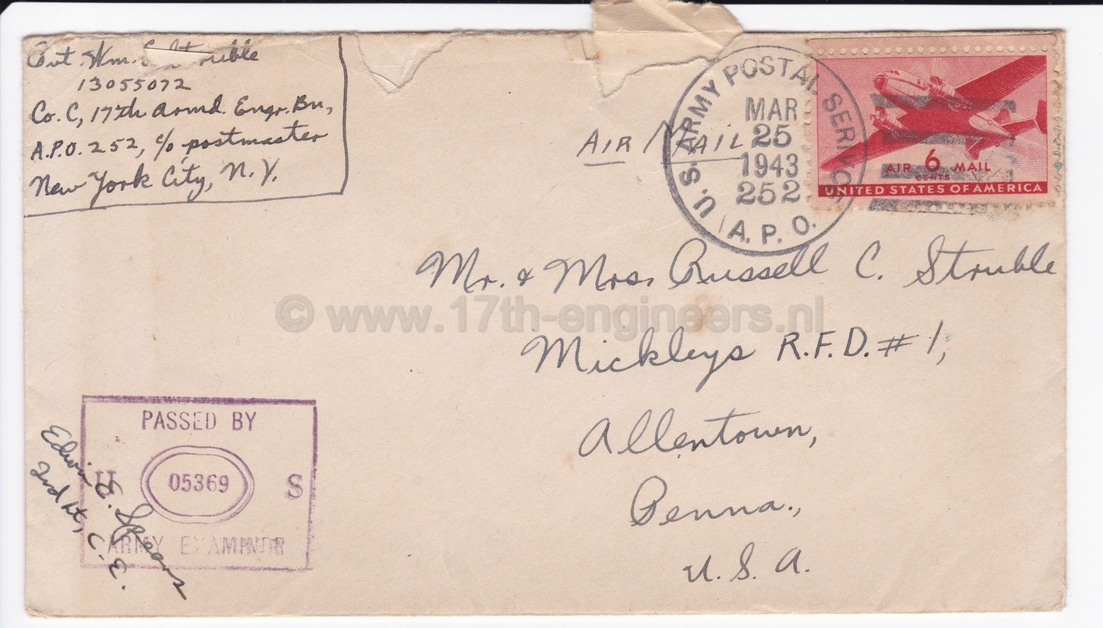 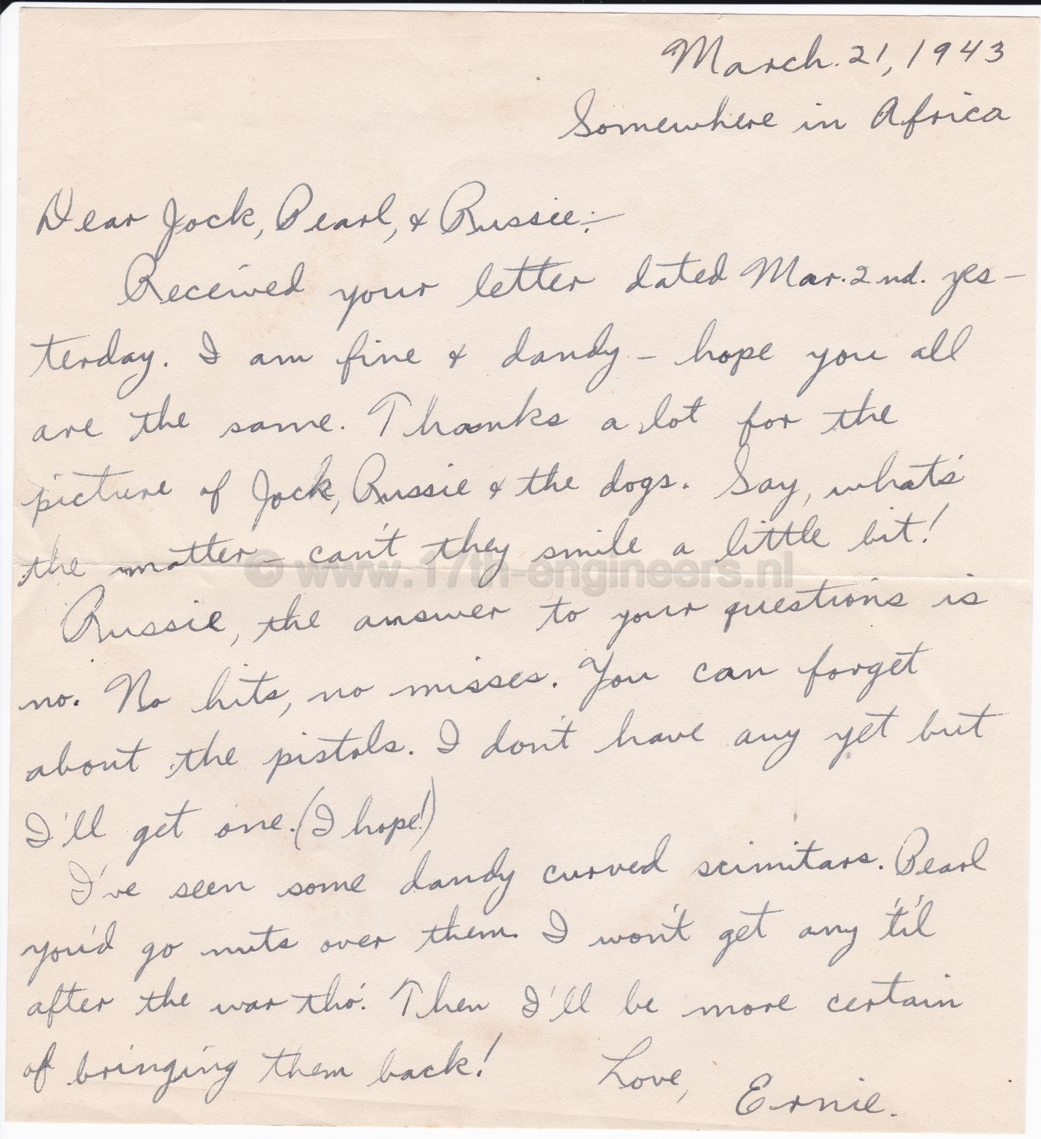 terday. I am fine & dandy – hope you all

Are the same. Thanks a lot for the

the matter – can’t they smile a little bit!

Russie, the answer to your questions is

no. No hits, no misses. You can forget

about the pistols. I don’t have any yet hit

you’d go nuts over them. I won’t get any ‘til

after the war tho’. Then I’ll be more certain

of bringing them back!