Since CC “B” was to be the first and largest divisional force to cross the Wurm River at Palenberg behind the Infantry bridgehead, Co. “C” was relieved from assignment to CC “A” and joined CC “B” 1 October. Co. “C” was with the 2nd Bn, 67th AR, the advance guard, and (with flame thrower crews from Co. “D” attached) from the Task Force area south of Gangelt crossed the river in column 3 October, stopping at Palenberg. The forward tanks moved from nearby Ubach the next morning into the pill boxes to the north and the 3rd Platoon and forward CP were called upon to neutralized the captured pill boxes to the north, while the other platoons worked in the Palenberg-Ubach area. During this time the heaviest enemy artillery and mortar fire yet experienced was coming in. 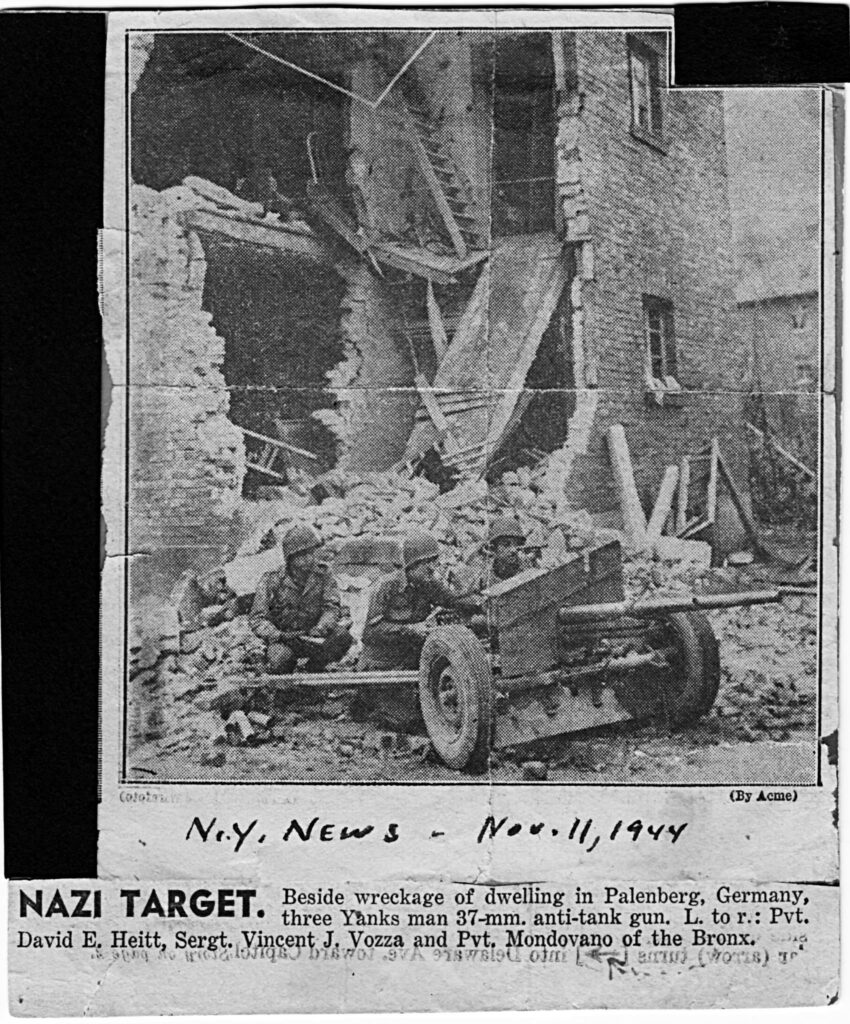 On 5 October Co. “B” moved with the Main Body through to the east of Ubach, destroying numerous enemy weapons and using the tank dozer to cover three pill boxes. Company CP’s were set up in pill boxes, the policy of destroying them having been changed in view of the need of shelter, and the Engineer Platoons set up minefields, wire, and booby traps in front of the forward tank positions. The bulldozers were used constantly to dig in the tanks, and in quieter moments to bury dead animals which the heavy artillery had had slaughtered everywhere.

Co. “A” moved with CC “A” into an area near Ubach 7 Oct, and the 1st and 2nd Platoons went with the tanks into the front lines. The remaining troops checked roads for mines, but none were found until 10 Oct when the 1st Platoon picked up 21 Teller and 27 RMT mines near Baesweiler. 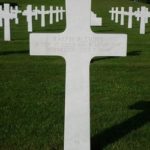 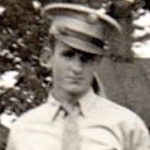 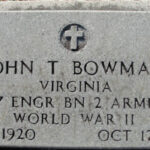 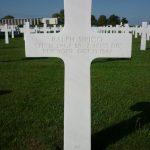 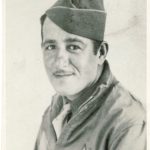 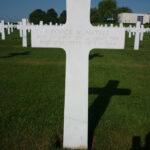 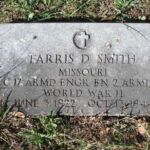 A static situation remained for the following days, with all positions open to enemy observation and under intermittent fire, which naturally resulted in casualties. As new areas were consolidated, the Engineers were called upon to put in more mines and wire. Several prisoners were captured, the pill boxes usually held good ‘loot” for the first troops in them, and with the large number of pigs and cattie being slaughtered by shrapnel, fresh meat was added to the field rations to many of the men in their pillbox bunkers. It was at the end of this period that the Tank Dozers, which under operations had been assigned to other units more times than with the Engr. Companies and had performed creditably at all times, were taken away from the Bn. and assigned to Tank units. By the last of the month both “B” and “C” Companies had been relieved from the line and moved back to Marienberg.

During this first operation Bn Hq and Co. “D” had bivouacked in a wooded area northeast of Tauback, Holland. From here two platoons of Co. “D” maintained treadway bridges at Zwiebreeggen (Zweibrüggen) and Marienberg, Germany and Hq was busy making numerous reconnaissance trips, furnishing supplies, and, under the supervision of Capt. Lindstrum, constructing a sandtable which was used by all Division officers in plannIng the next operation.