With units of the Bn. reassembled. at Erezee 18-19 January, the following day a march was begun to the small villages west of Sprimont, south of Liege, where a period of maintenance, relaxation and training was entered. The cordiality of the Belgian people made it easy for numerous friendships to start with the soldiers, and the civiliante hospitality to those who lived or visited in their homes win long be remembered.

(Edit: On the 19th January of 1945 was Killed in Action: Joseph (Giuseppe) Silvio Fumagalli) 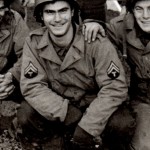 (Edit: On the 19th January of 1945 was Killed in Action: Private First Class Thomas N Koliopulos.)

Two dances were given by Co. “C”, well attended not only by the village girls but their parents and children. Re-equipping, training, the supply of water and a shower point occupied the days untill a security status was imposed and the Bn on 3 February marched to a new divisional assembly area on the Dutch-Belgian border west of Aachen, with Hq at Remersdael , Belgium. 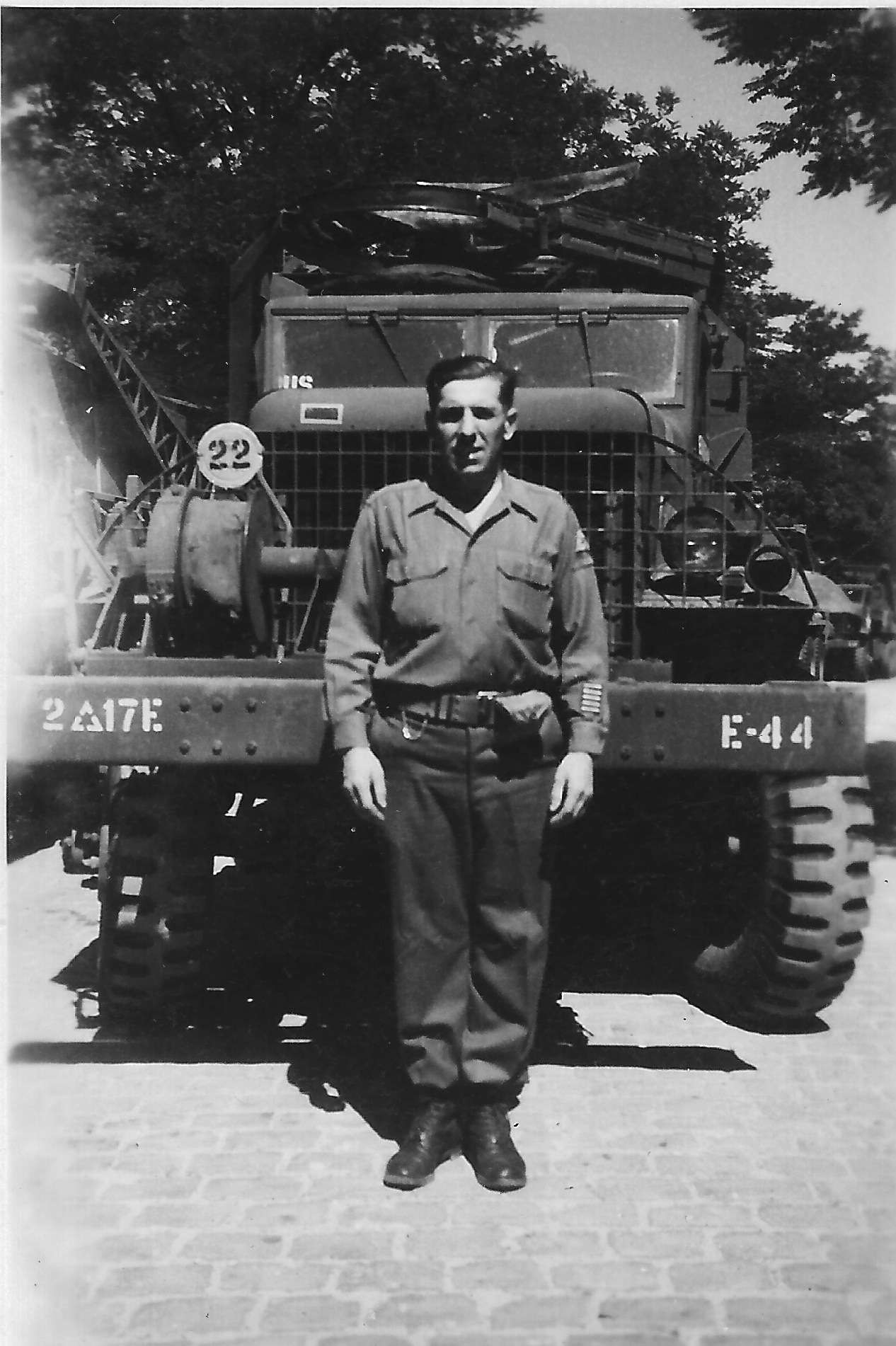 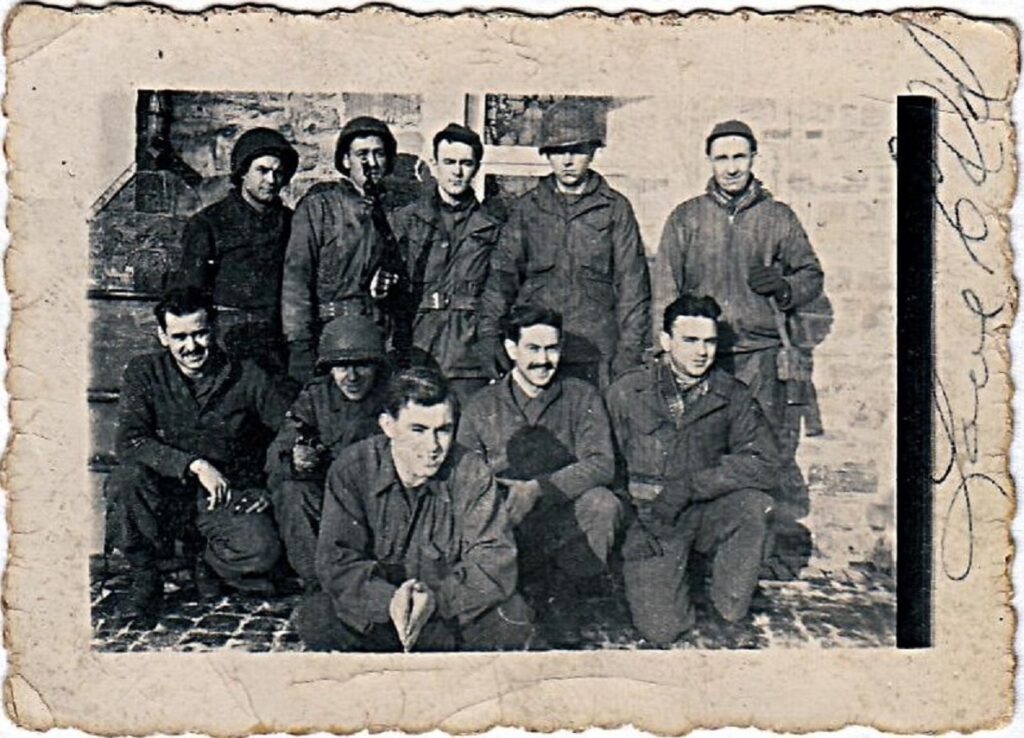 David Edd Hiett Belgium Decembe, 1944:  17th Armored Engineer Battallion, C Company, kneeling on the far right, he was a demolition expert and 50 caliber machine gunner on their Halftrack. (note the m1928A1 Thompson Submachine gun, and the captured P38 German pistol, even looks like he is waering a German Stahlelm) 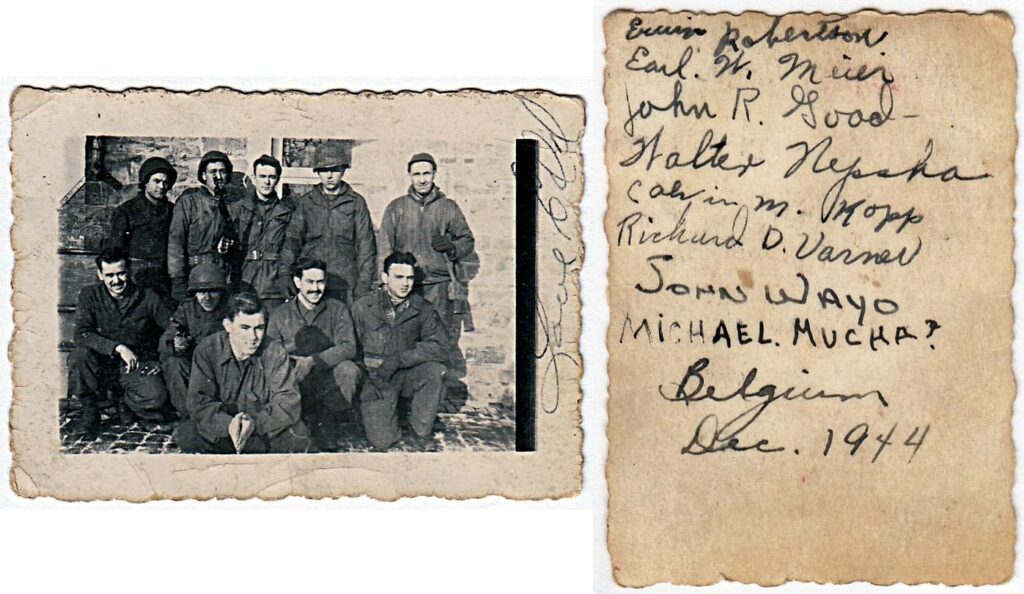 Names ont the back of the photo: 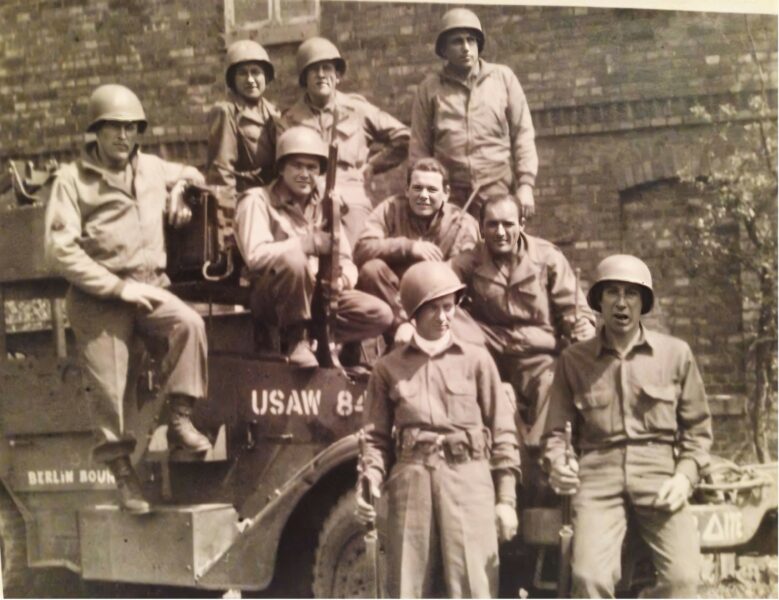 On the far left is William F Emerson sitting on the Halftrack. The Halftrack is named “Berlin-Bound”. The bumper marking indicates 17th Armored Engineer Battalion. The name off the vehicle starting with the letter B, shows that this is B – Company. This vehicle was drive bySergeant Harry Oliver Thompson Sr 1919 &#8211; 1997(Source: Personal archive Ronna Lynn)

February 1945 will be remembered by the Engineers as The Thaw, a month long headache with roads throughout the division area, Freezing weather ended and the melting snow softened al secondary roads so much that the heavy military traffic soon made them impassable even including one to Division Hq. All trucks in the Bn plus 18 from the Supply Bn were out with details daily spreading gravel; ditches were dug, culverts were built, and the dozers out regularly to keep traffic moving. One main route was opened by Co. “D”´s construction of a 150 Foot triple-double Bailey bridge across a railroad cut on 8 February, and on 12 February a 60 foot double-single was built by Co. “C” to a tank battalion isolated by unusable roads. Also during this period a shower point was set up at Mahelon.