When Co. “B” found its bridgehead untenable. Co. “R” was given the mission of crossing  the Elbe on the bridge built  by the 83rd Inf Div at Barby without opposition and the tieing in with the 2nd Armd bridgehead. Co. “C” had recovered its scattered squads, and crossed the Elbe in column  at 1430  on 14 April.Being used almost exclusively as Infantry, the line platoons worked with the light tank company, 3/67, to clear the woods around Lubs and capture the town, which was done with little opposition that afternoon, four PWs being taken. On instructions, the town was abandoned and the force moved back Walterlenberg where a counter—attack was expected. The next day the woods around Flotz and Codnitz were cleared, and Co. “C” then moved into Gutergluck where Capt. Novctny was given the job of securing the northern half of town, with a platoon of tanks from 1/67 and a company of 3Oth Div Infantry to help. The Platoons, Engrs went into line as outposts.

At dawn the next morning a strong enemy force counter—attacked, with at least a Bn of Infantry and nine SP guns and tanks, hitting first from the west. The 2nd Platoon was overrun and the men fell back. From one of the dug in positions, Pvt Ellsworth Evens with a 50 cal. machine gun took heavy casualties, on the enemy until one who had infiltrated past him wounded him from the rear. Shortly following  the first attack, another force hit from the north. Their supporting armor was halted by a hasty minefield across the road, and while stopped, Sgt. George Hydrick from his 3rd Platoon position 200 yards away, hit and destroyed one SP gun with a panzerfaust. The attacking force worked its way into town, set fire to the company CP and destroyed several of the Co. “C” half—tracks, the supporting tanks and other vehicles bef ore assistance dame from Co. “H.”, 67th AR and the situation was cleared by 1100. In the clean-up that followed 200 German prisoners were taken. Six of their tanks and SP guns had been destroyed. Two men  of Co. “C” were killed, six wounded, and one was taken prisoner. (see Edit 1 Private First Class Henry Walker and 2 Leroy C Proctor) 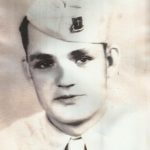 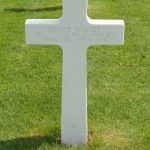 That same afternoon, 16 April, the platoons split up to put out road blocks in three towns held by CC “R”, and the next night the company again was put in outposts, this time around Codnitz. Following this it was moved by the Barby bridge to out-post the east bank, from which the next morning Co. “C” was relieved from the line and marched in column with “CC “R’ Hq back to an occupation area.

The 2nd Platoon of Co. “A” participated in the assault on Magdeburg. CC “A” with, the 119th Inf Regt–to which the platoon of engineers was attached–captured the city on 17 April. The mission of the 2nd Platoon was to follow the Infantry and clear road blocks, and while performing this operation encountered little hostile fire. On 20 April Co. “A” reassembled and moved back with CC “A” to Gebhardshagen. At this time Co. “D” also moved with its Combat Command to Sollingen. Bn Hq and Co. “B” were attached to CC “R” and moved to Northeim, where they were joined by Co. “C”. 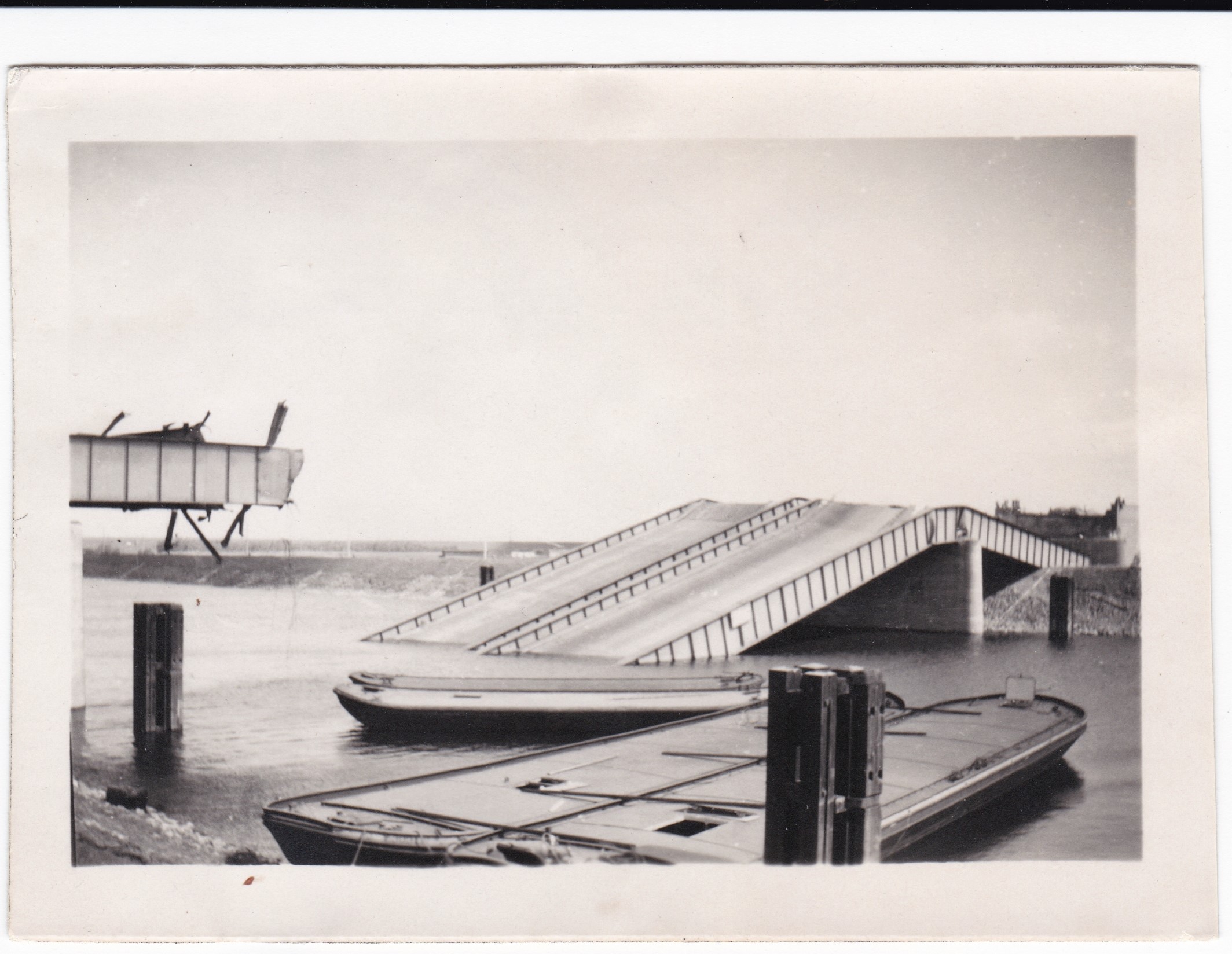 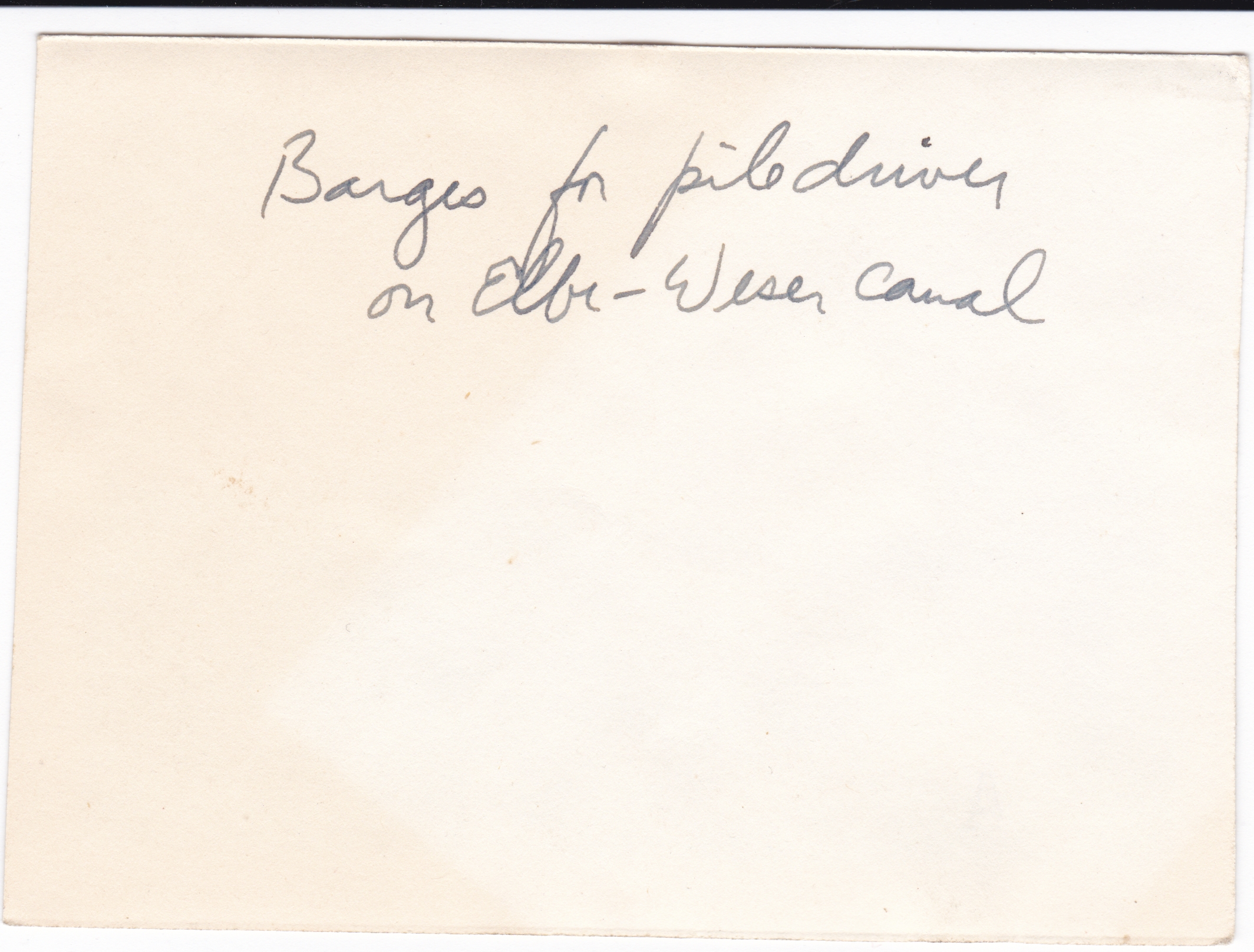 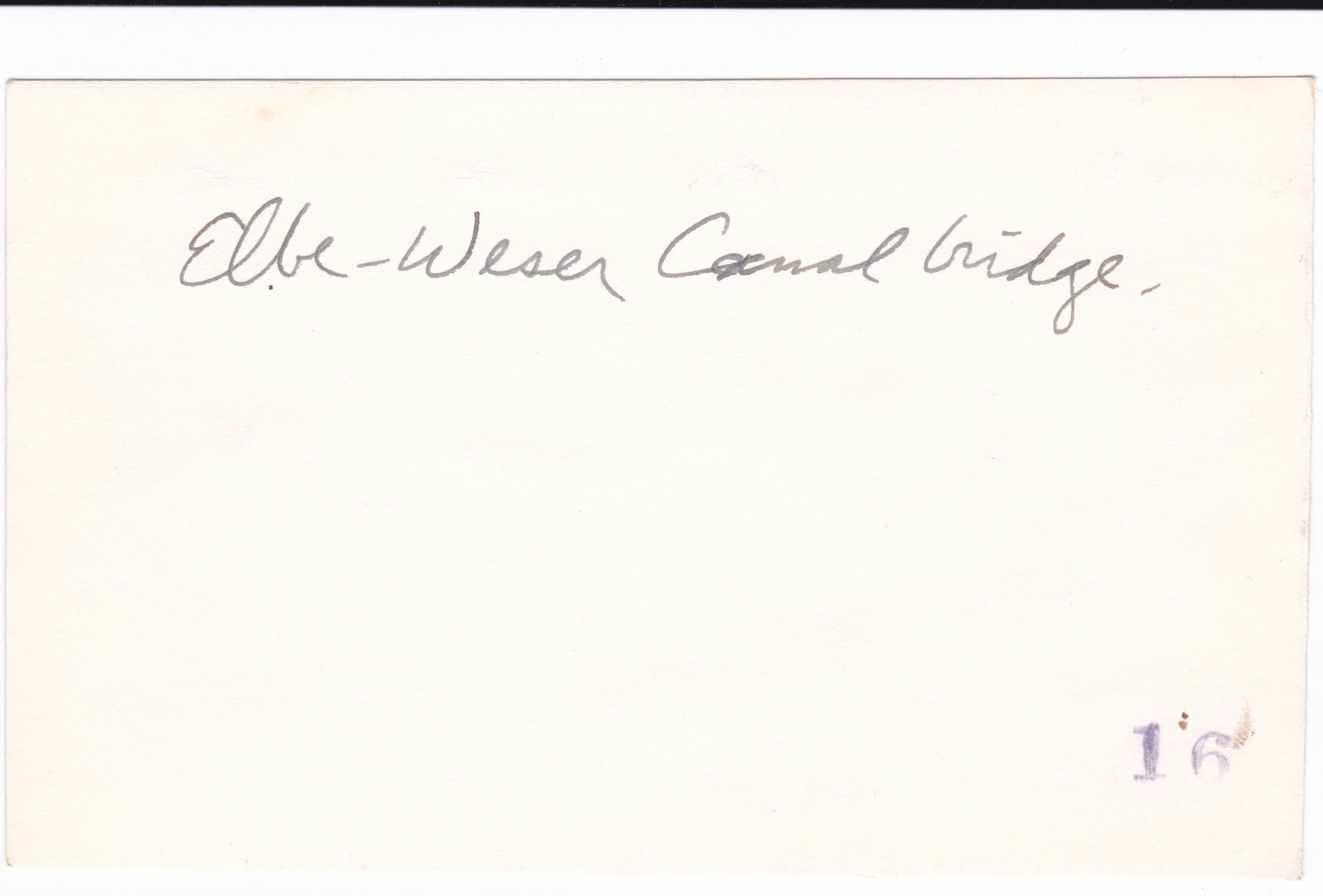 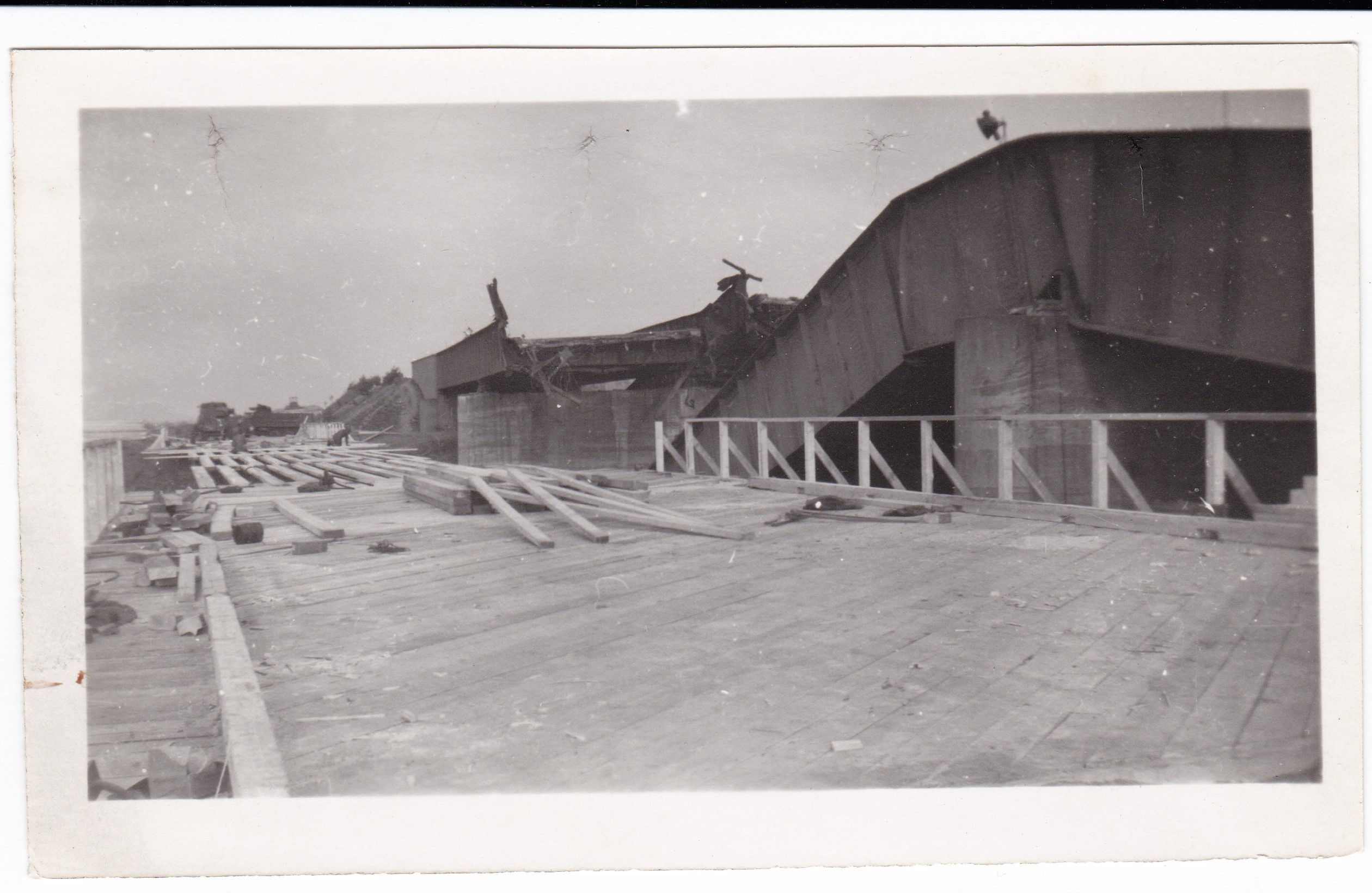 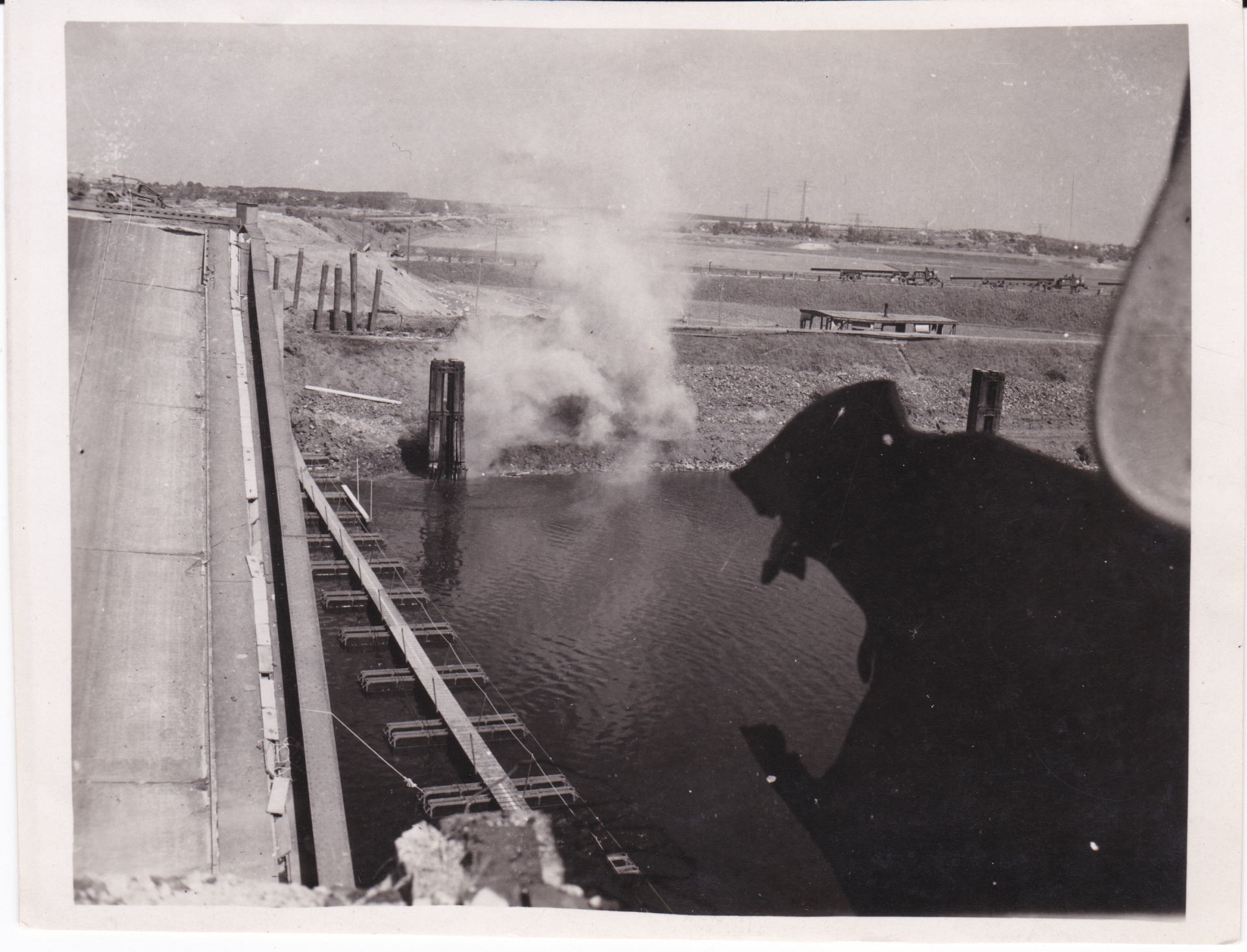 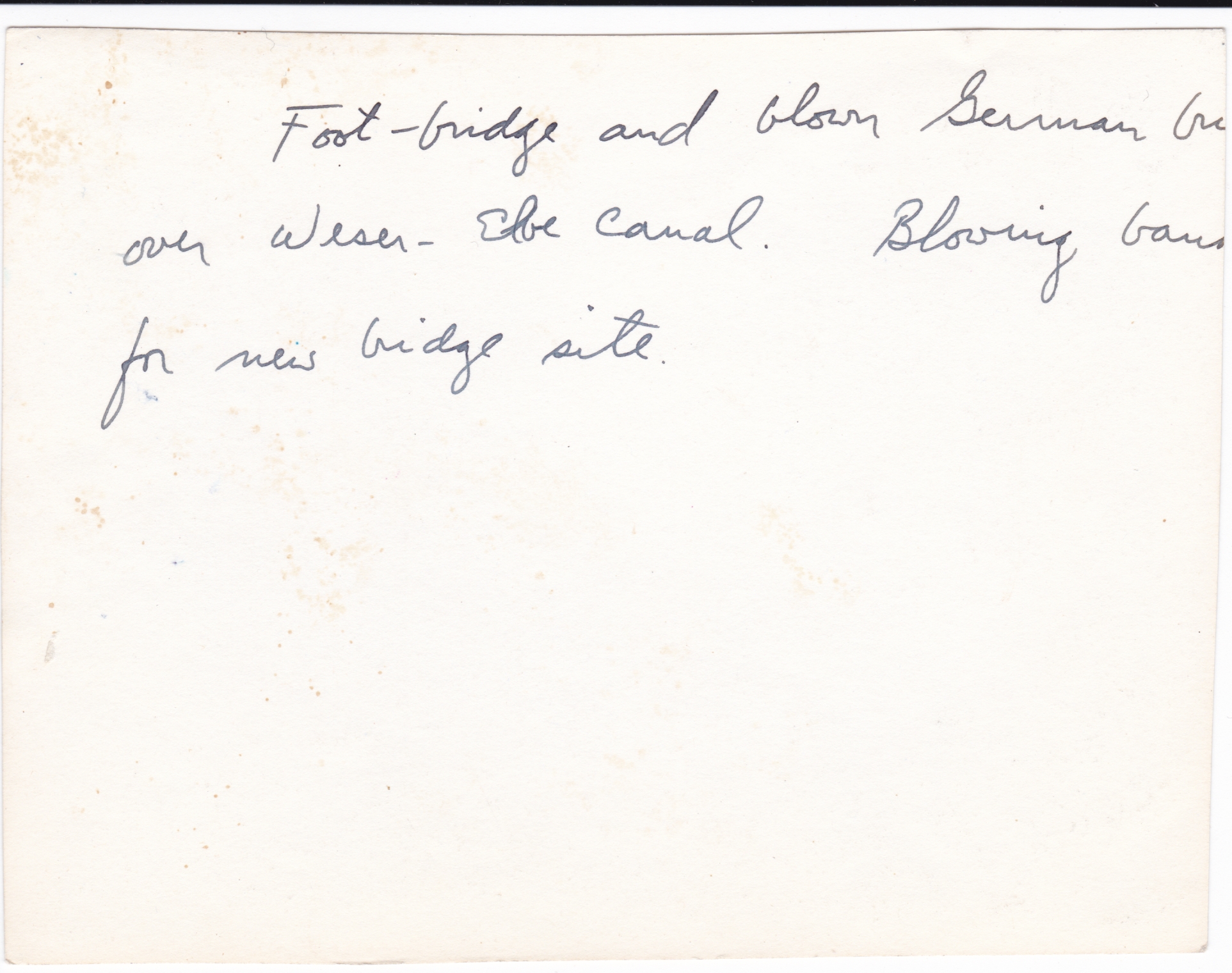 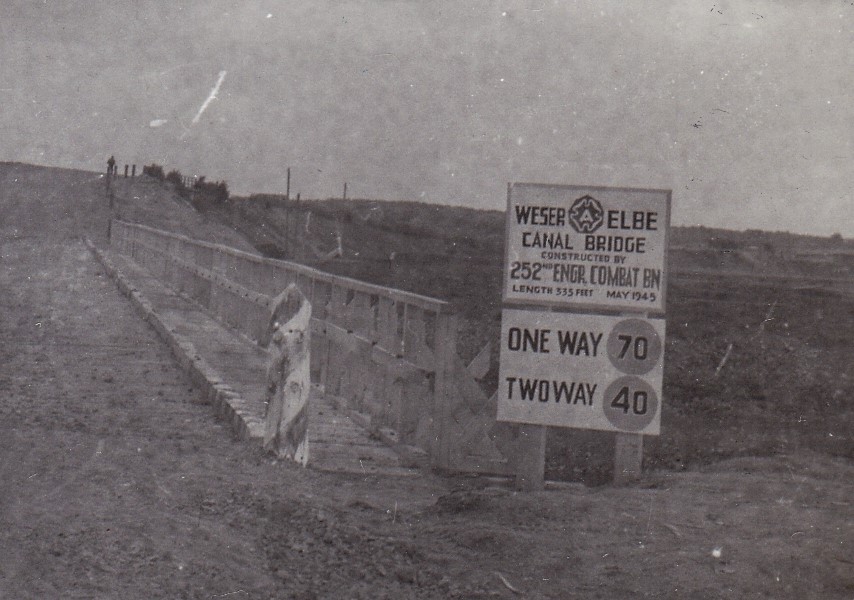 In very early May the battalion moved to the vicinity of Magdeburg and met the Russians and built an autobahnbridge over the Weser-Elbe Canal, opening the route to Berlin (source: The 252nd Engineer Combat Battalion by Dave Kaufman)

Edward Estell Two sons of Mr. and Mrs. Aaron Shelton of rural route 5, serve in the armed forces overseas. Pfc. Edward William Shelton, a member of the 17th armored engineers with the “Hell on Wheels,” Second armored division, has served in Africa and Europe for two and one-half years. He has been in service since Dec. 7, 1942, and formerly was a farmer near Decatur. Pfc. Estell A., overseas two and one-half years, has been stationed in Hawaii and New Guinea and is now on Luzon. According to word received from him recently, he has participated in 100 continuous days of combat against the Japanese. A member of the Sixth infantry div-ision, he formerly was employed by the A. E. Staley Mfg. Co.