Where was Private Eldon W. Akins killed in action:
During phase: Phase I – The “Break-Through”

Our research revealed that the other two man, (no namens mentioned in the Unit History)  who were killed are: Staffsergeant Roy Basham and Captain Thomas Wallace Kelly Jr. 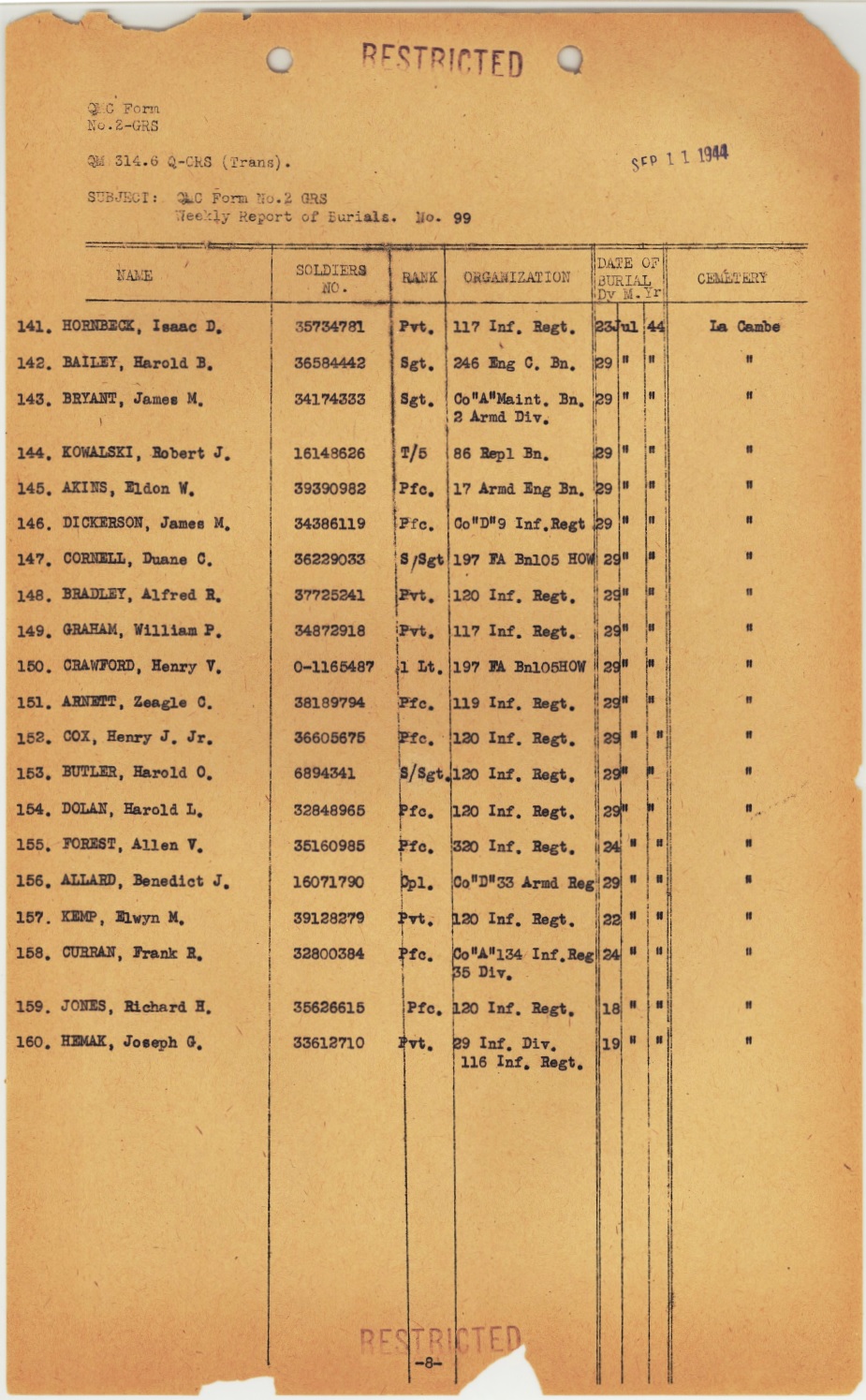 ————
Research and photos © by: Moos Raaijmakers
Text © by: Martijn Brandjes