With most elements of the division in the general vicinity of Krefeld and the mission of securing the west bank of the Rhine accomplished, orders were given to reassemble in the towns east of Munchen Gladbach. The Engineer Battalion moved into Schiefbahn, again under unit control, on 5 March.

Here a period of maintenance and training was instituted to make ready for the next operation. This turned out to be the troops’ first experience at occupying a German village for a length of time in which the civilians remained in large numbers. and the non-fraternization policy took up much of the training schedule. Local security was increased to prevent possible sabotage, and the Bn was made responsible for keeping unauthorized civilian travel off the roads in its area so set up squads as check points tied in with vehicle patrols. The civilians, however observed the Military Covernment rules in an apparently willing manner, and although problems arose, there was little suspicious activity. 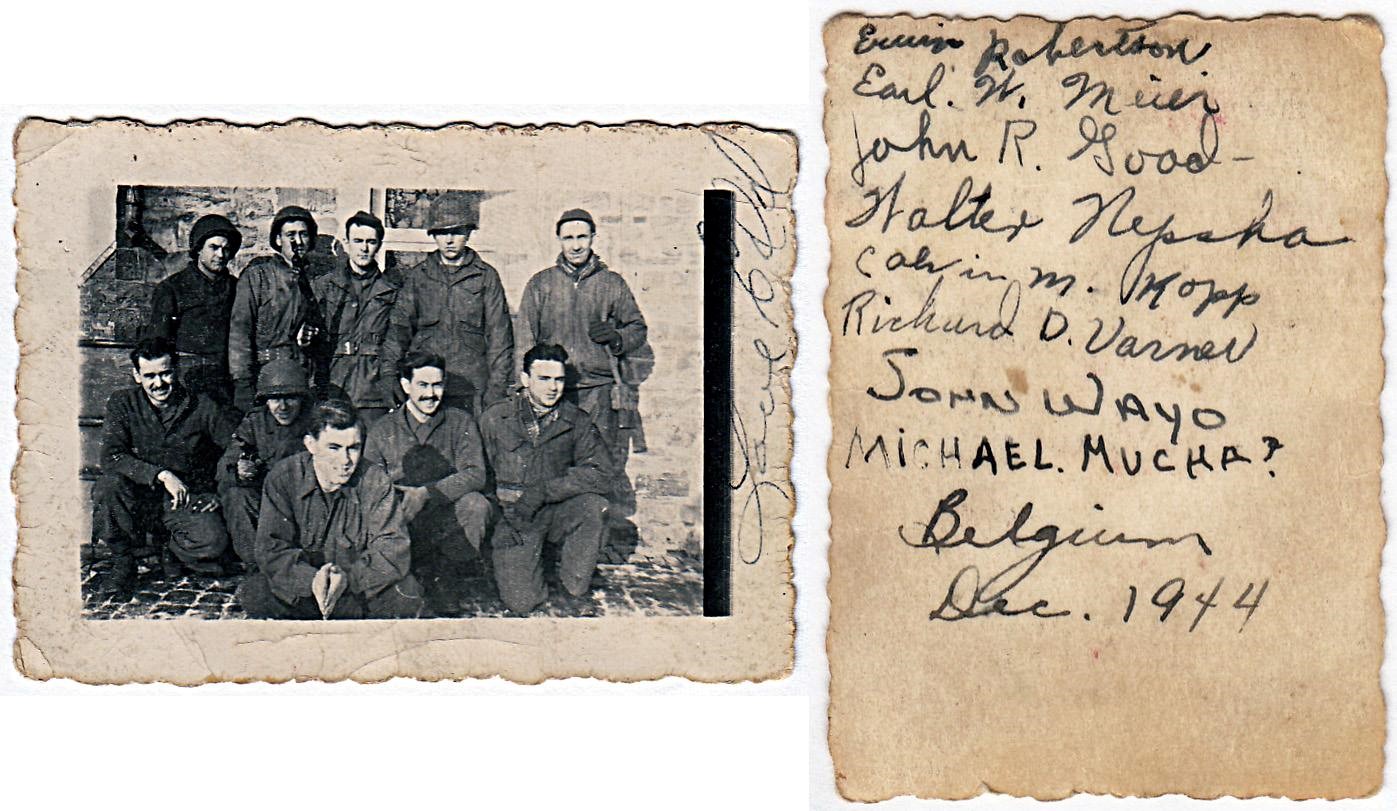 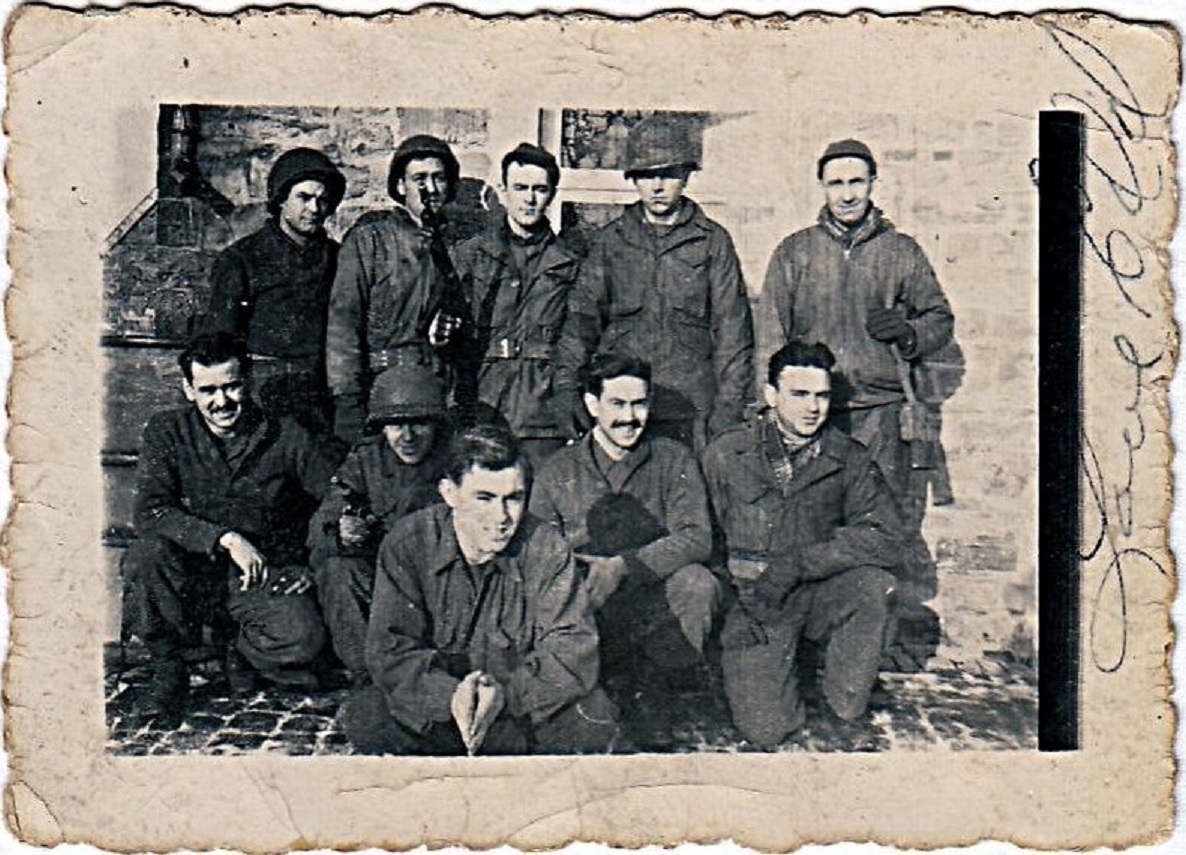 With the exception of the bridge company, the period offered an opportunity to indulge in athletics. Softball and volleyball teams were organized and enjoyed the spell of warm weather that prevailed. A local theatre was taken over and the Bn had nightly pictures in comfort that contrasted to the normal improvised conveniences. Another recreational highlight was the visit of a USO Troupe, which in two preformance for the Bn was greatly enjoyed by all. As usual, the shower point again was in operation during this period.

Co “E”, however, recovered its 2nd Platoon from the 992nd Engrs and on 11 March went to the 1153rd Engr (C) Gp in the vicinity of Maastricht , Holland, where Co. “C” 202nd Engr (c) Bn was attached and organization began for bridging the Rhine.

(This could be the Ludendorfbridge at Remagen (Roosevelt Bridge) unill now not certain. The photos are shot by Struble who was in Company C, 17th Armored Engineer Battalion) 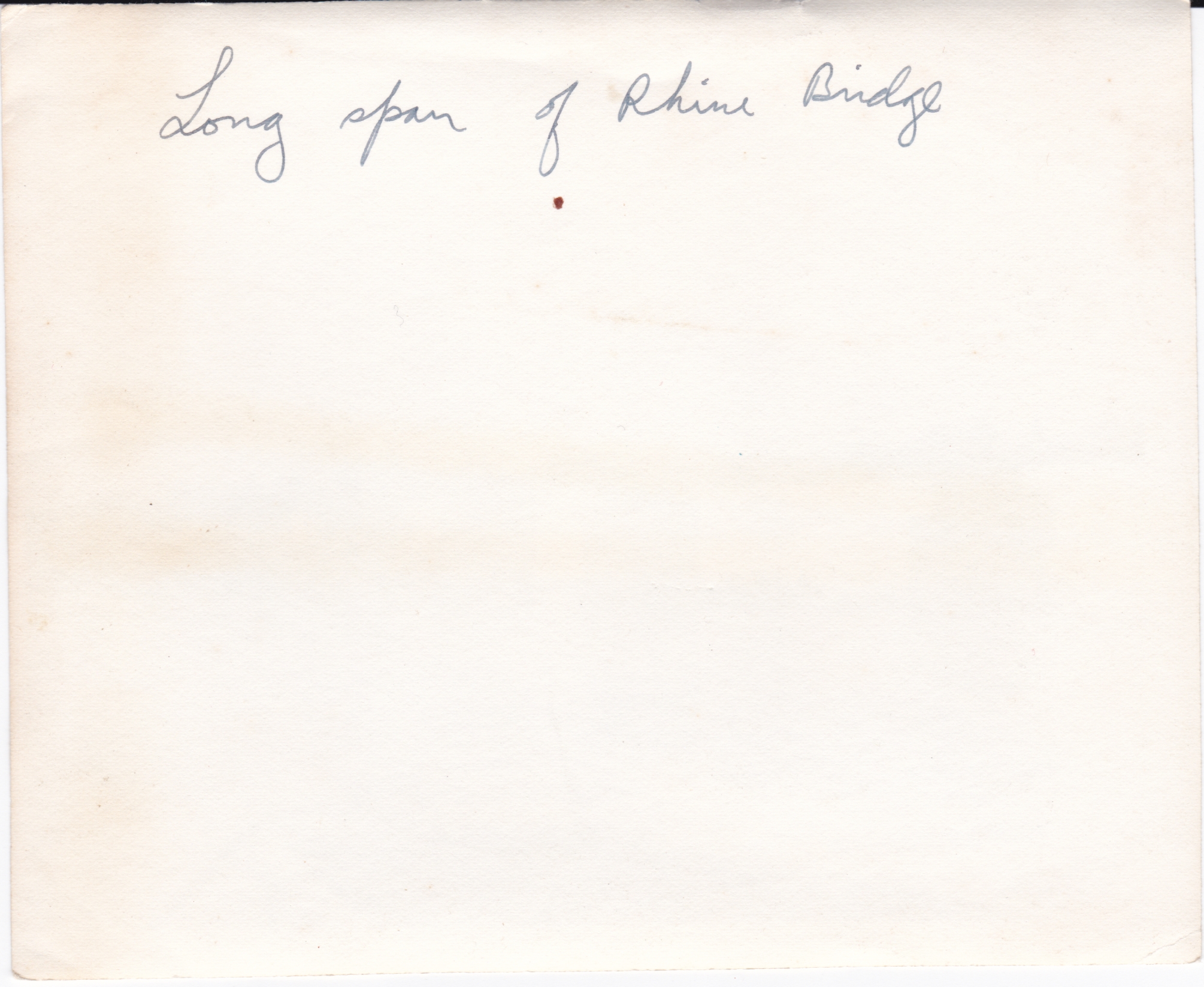 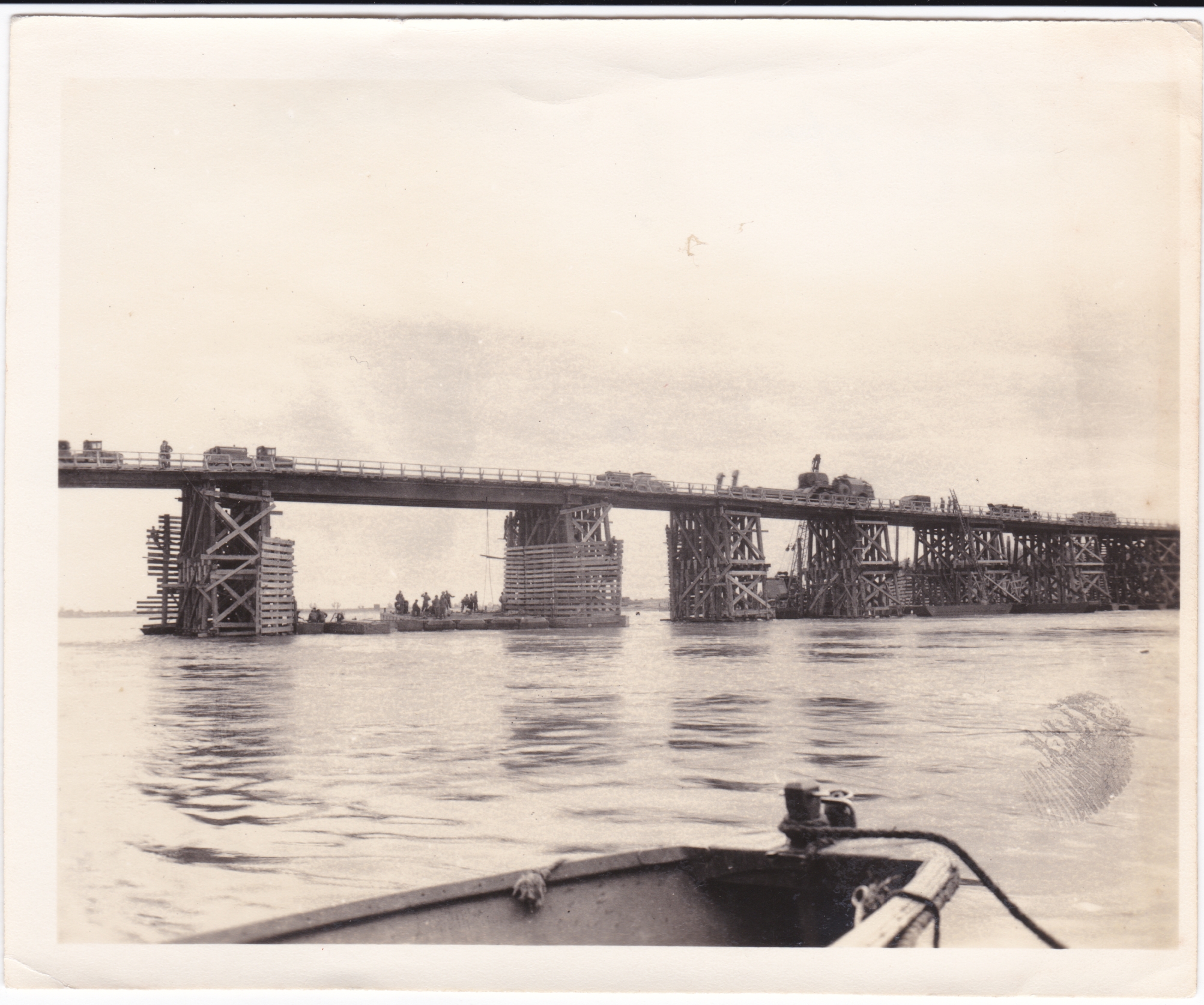 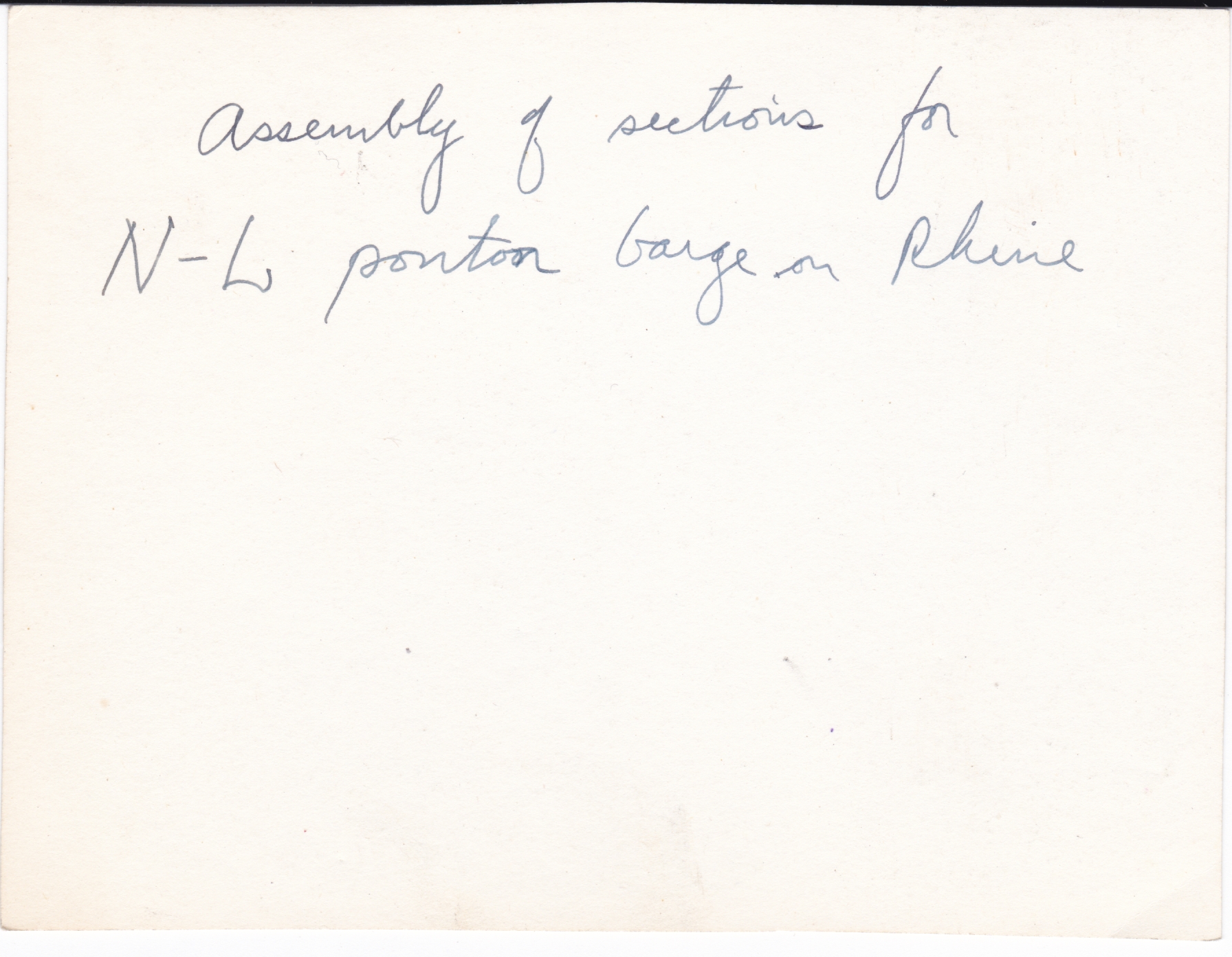 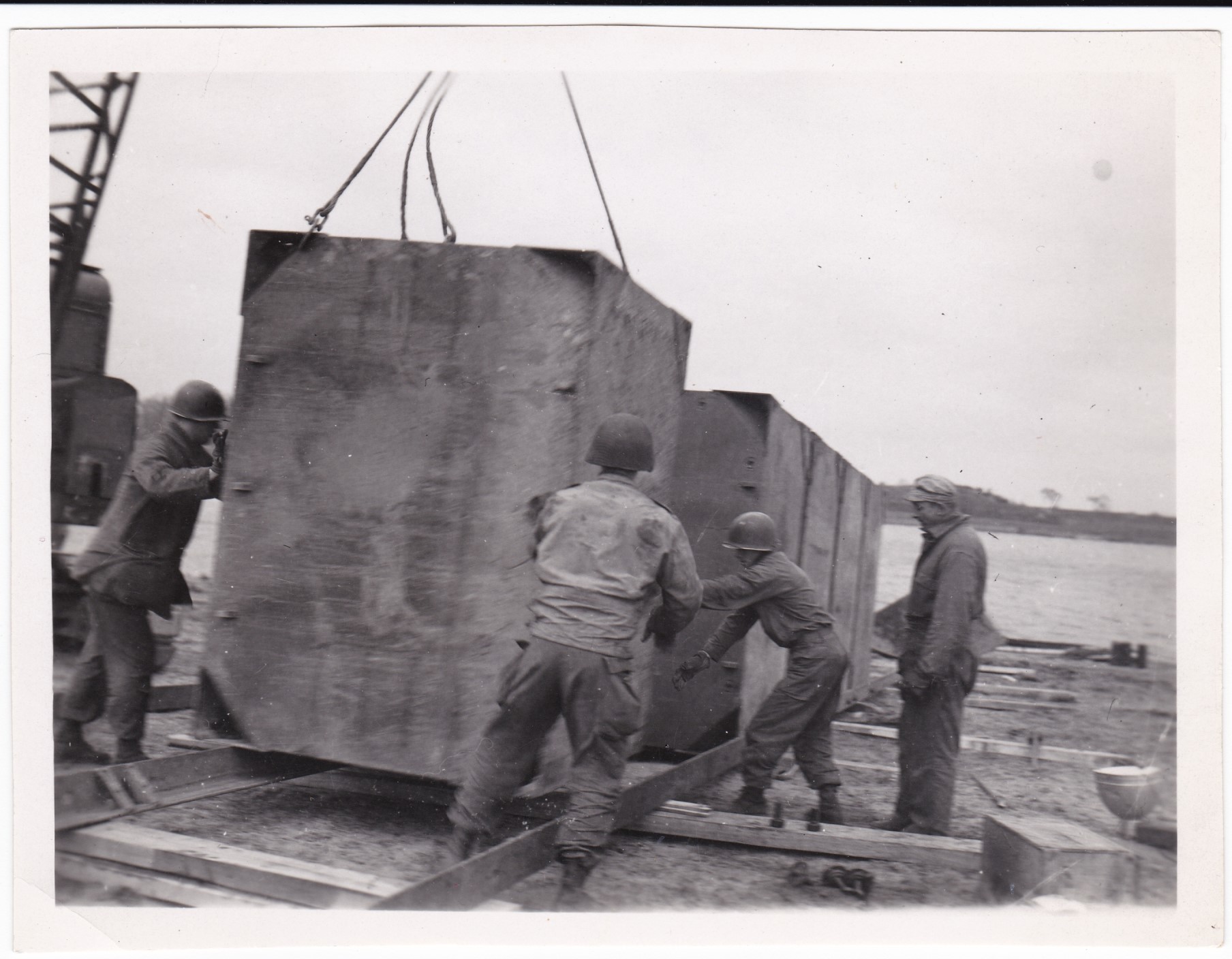 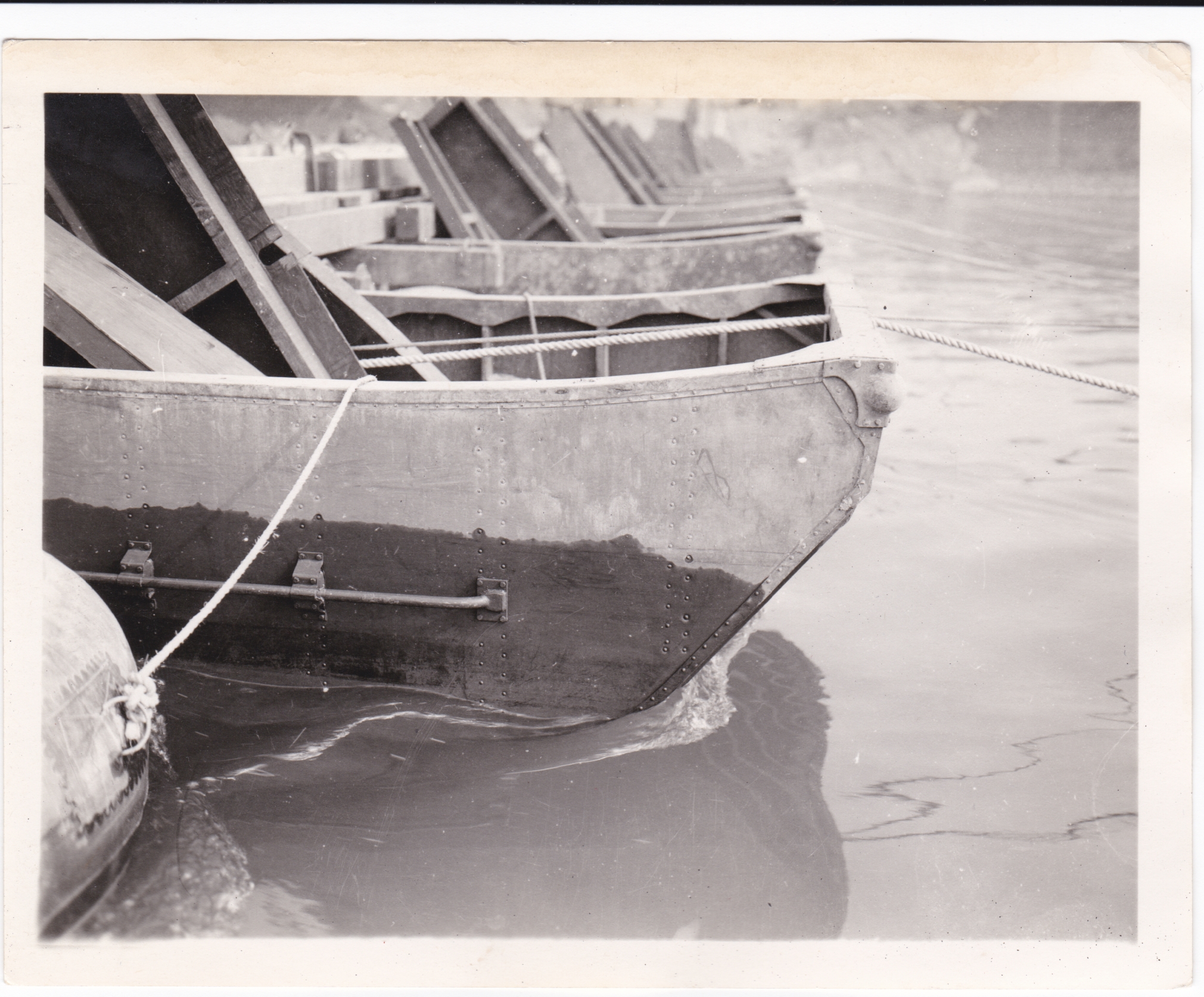 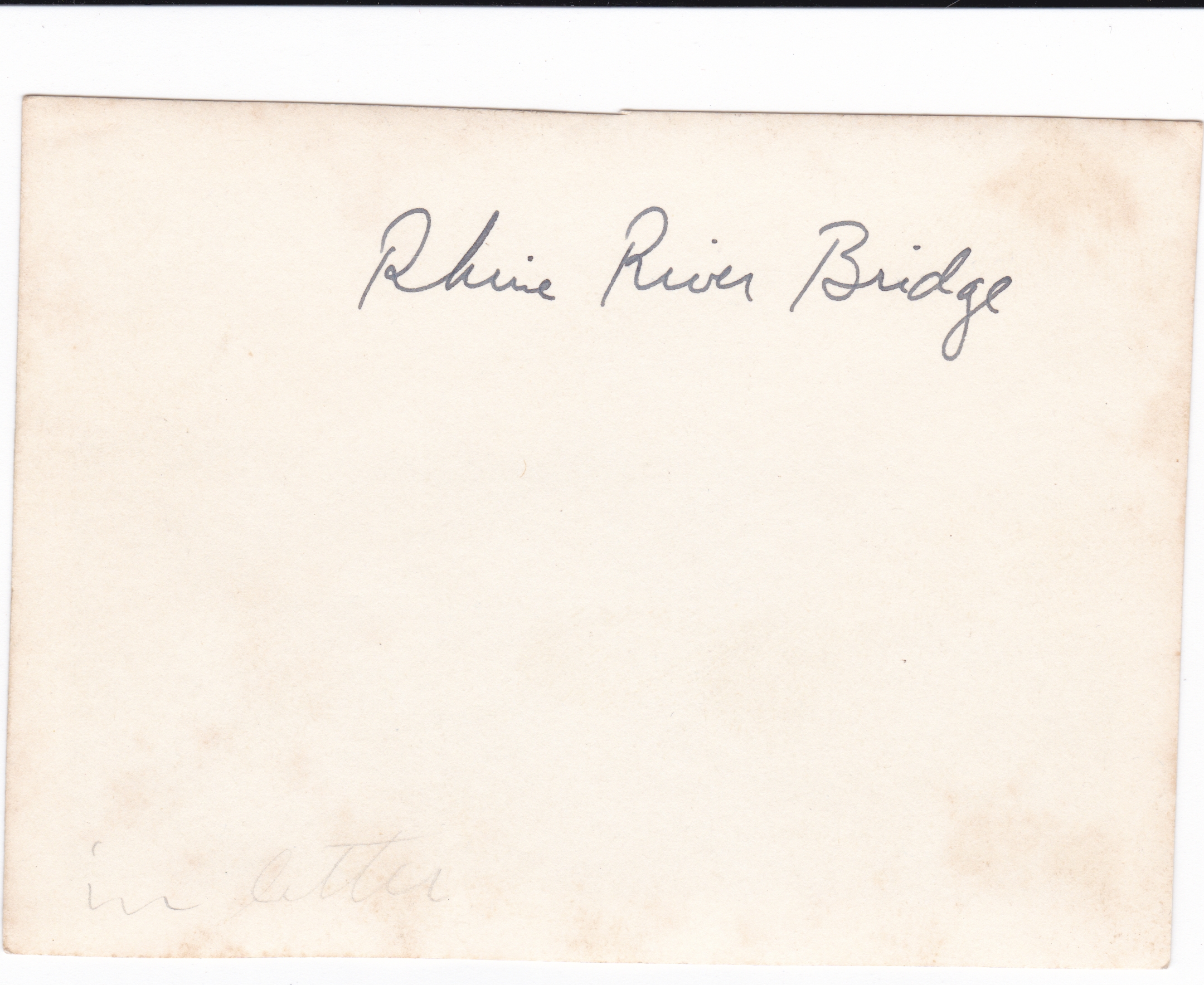 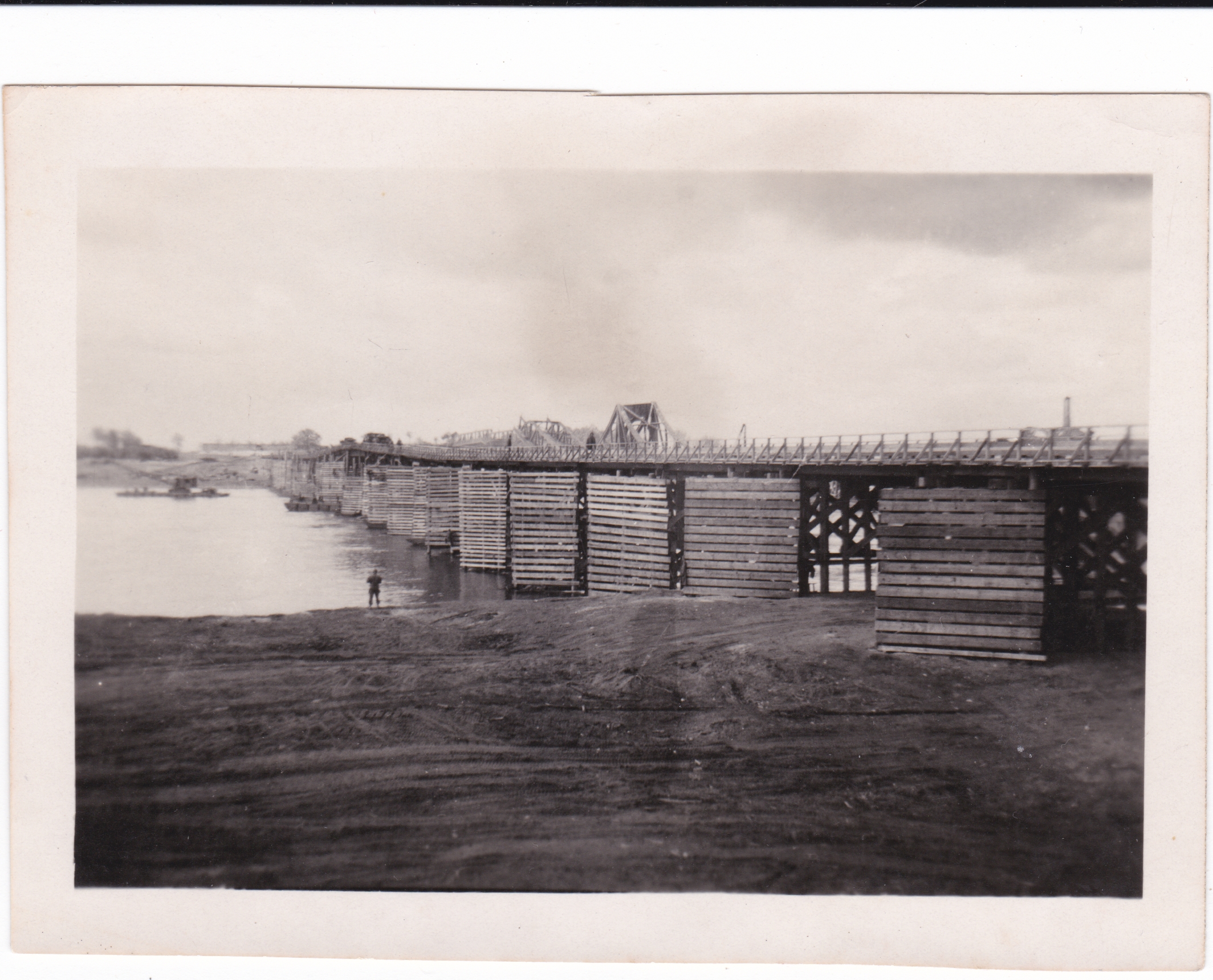 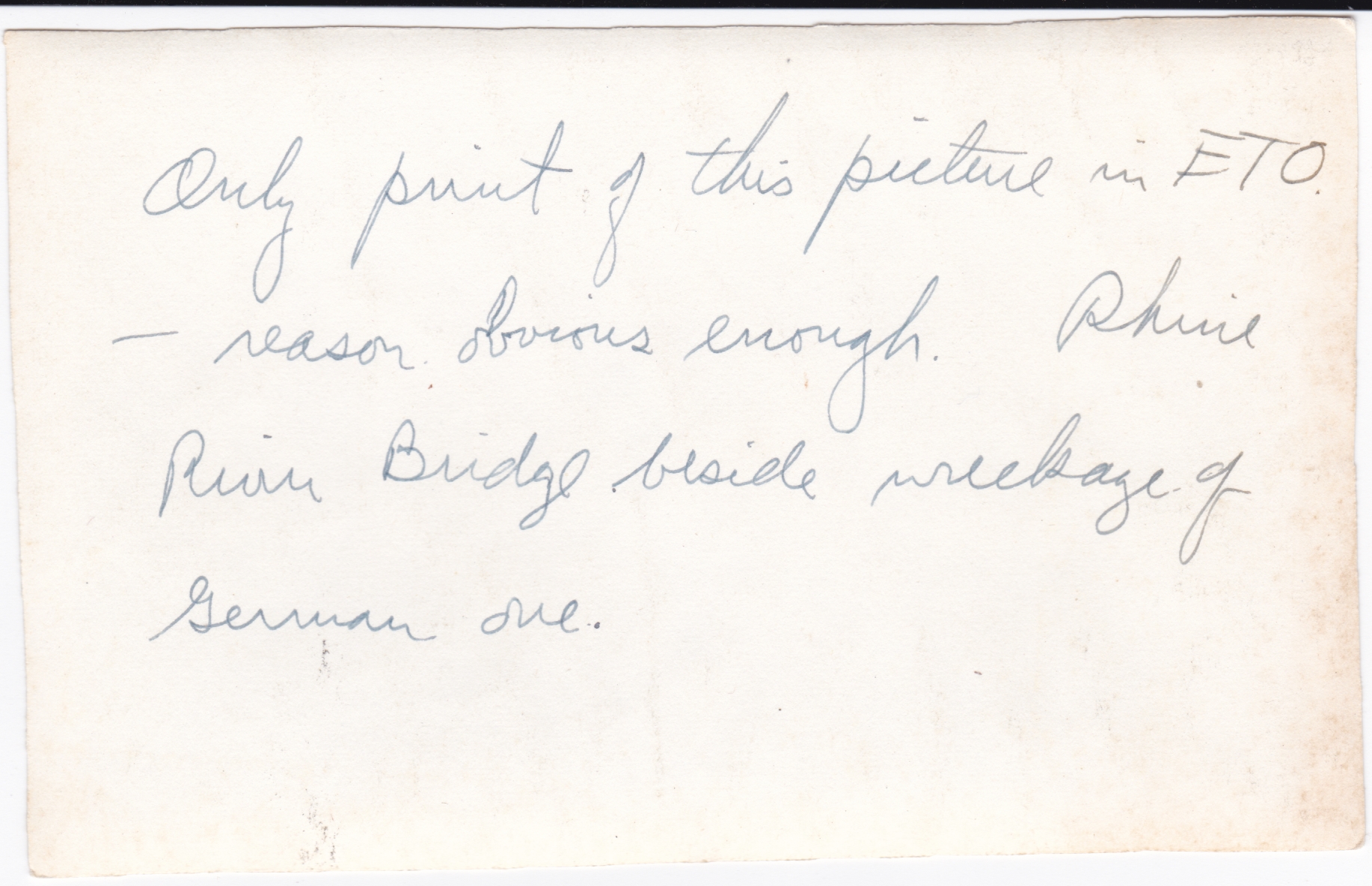 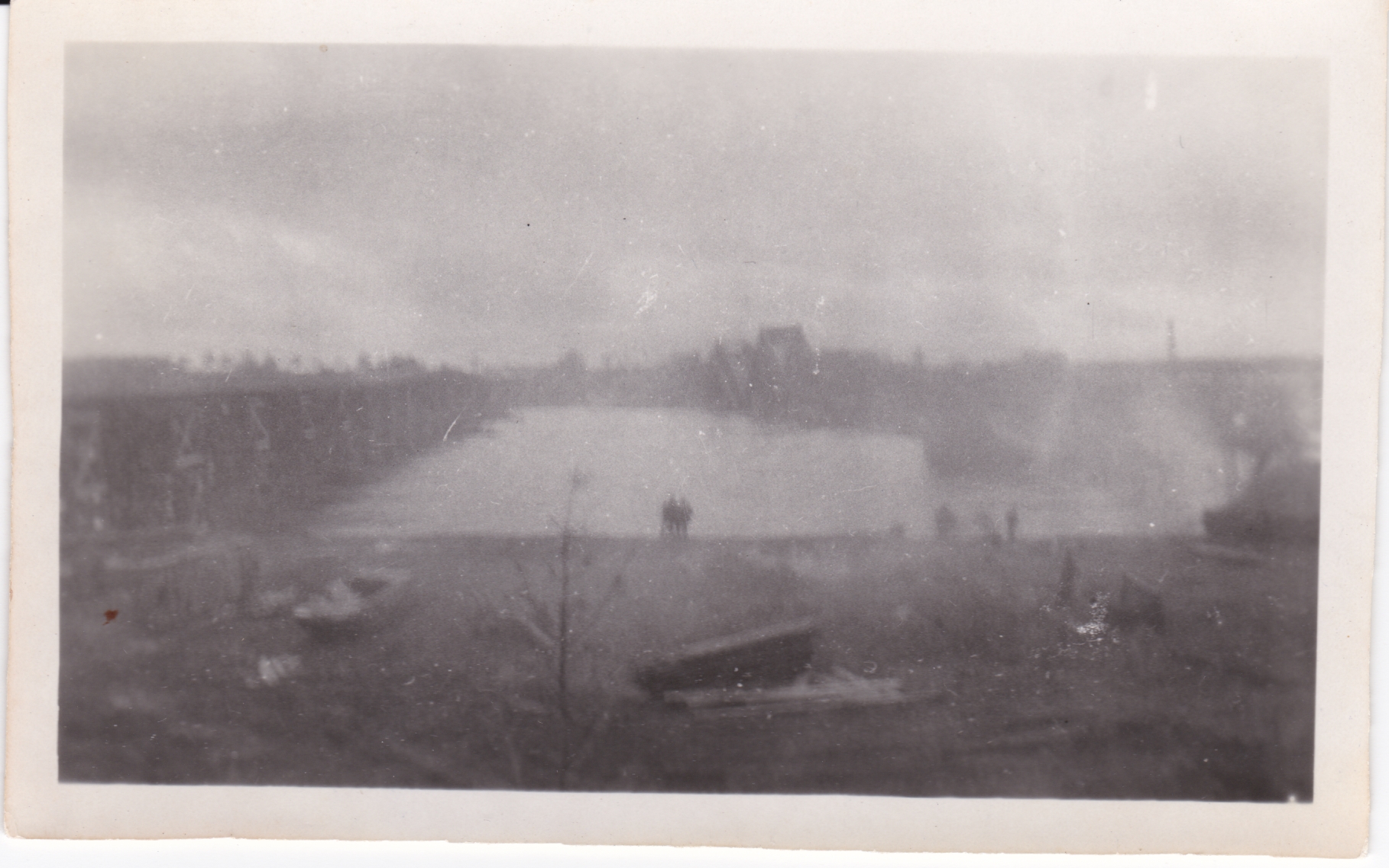