Where was PFC Richard H. Boynton killed in action?

Company “B” with a section of the Bridge Company under Lt. Frank Arone left the Bn to come under Combat Command “B” control about 1 June 1943.
Sweeping roads for mines, performing maintenance on roads and company vehicles and weapons occupied the period 15 to 18 July, when Co. “B” moved to the vicinity of Campobello, On 19 July the 1st Platoon was attached to the 82nd Rcn Bn and the company  moved near Agrigento. Two days later a move was made to Rjbera and on to the site of a blown bridge on the Belice River, where the Engrs improvised a crossing by knocking down banks and placing tread ways across the stream. Pvt Richard Boynton was killed when an Italian B2 mine exploded while he was removing it four miles west of Menfi and Sgt Ben Westbrooke and Pvt. Junior Carr and Max Grzegorczyk were injured by the explosion.

Location where PFC Richard H. Boynton was killed in action by an Italian B2 mine: 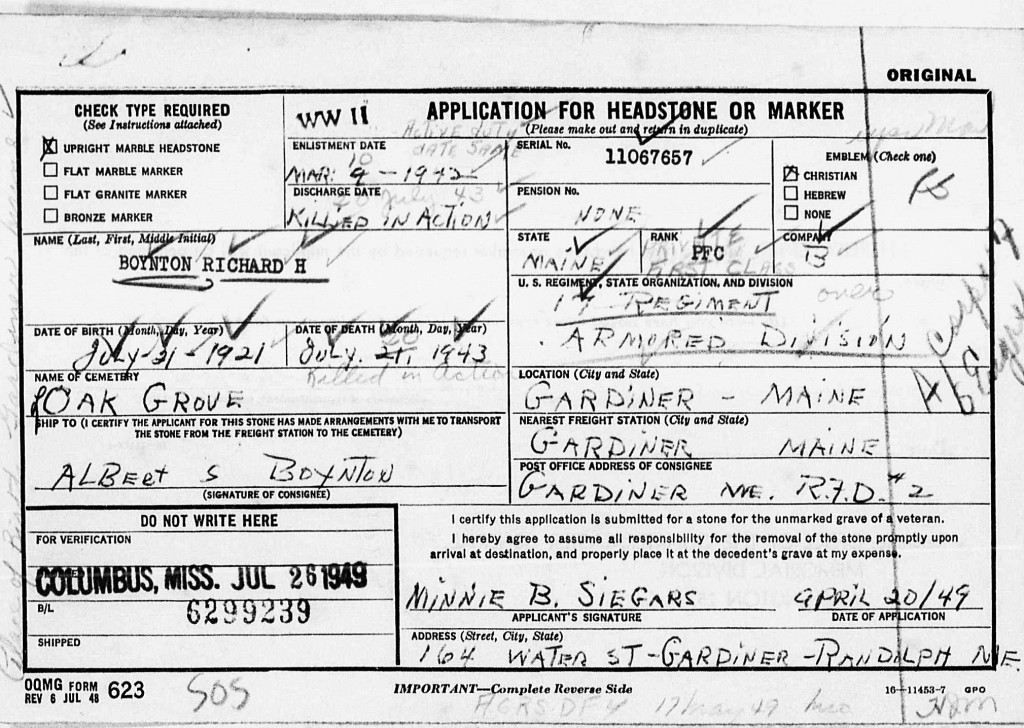 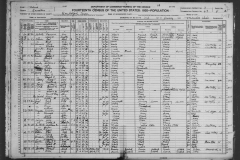 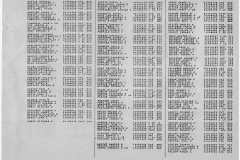 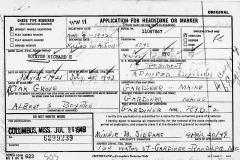 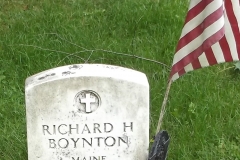