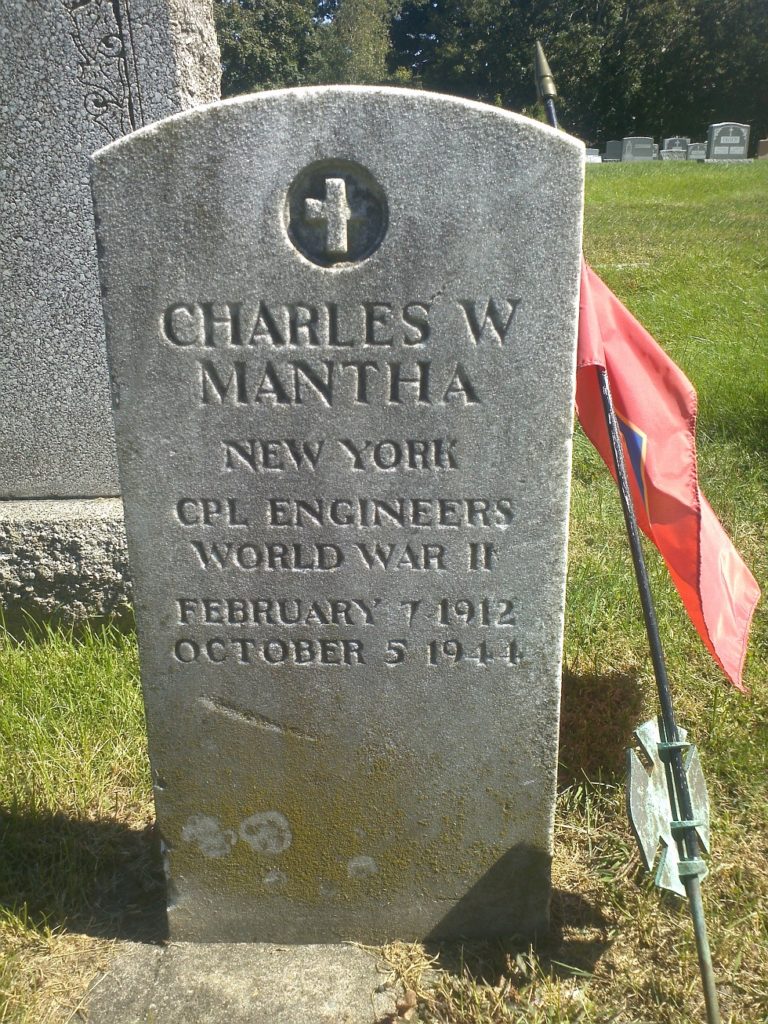 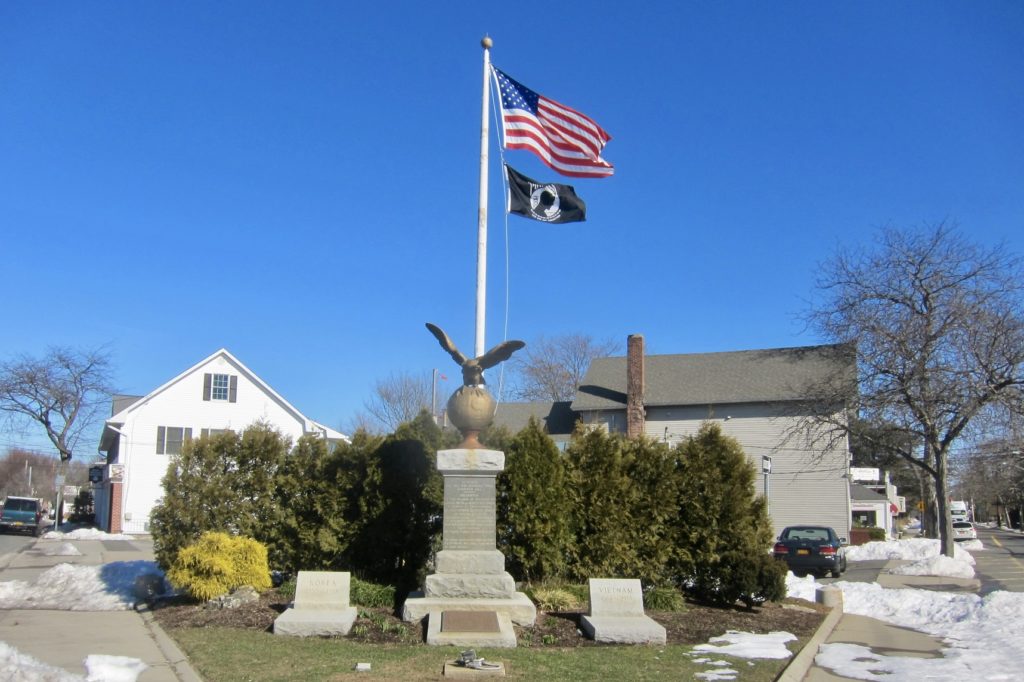 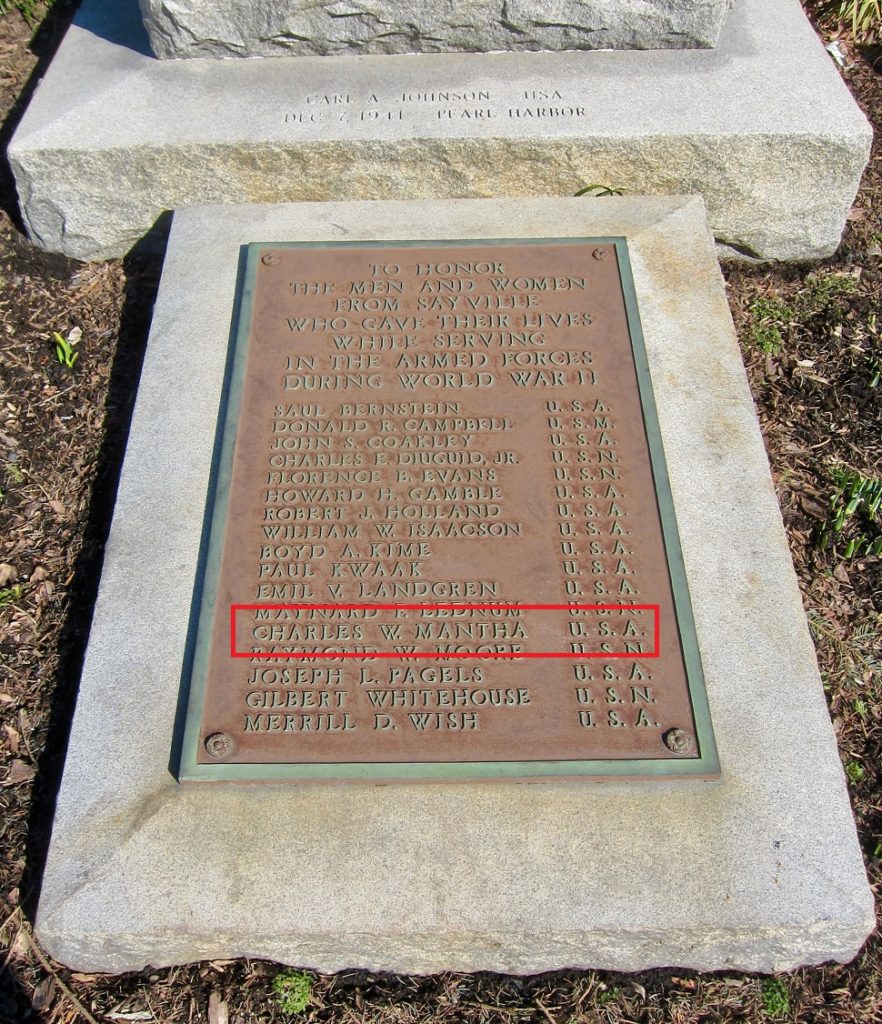 Where was  Corporal Charles W Mantha killed in action?

Corparal Charles W Mantha was assinged to Company C, as we can read in the Gravestone Application Card. We know that Company C moved with the Armored Units from Palenberg to Ubach.
They advanced to the North, Captured CP’s and Pillboxes were the set up. They were batterd with artillery and Mortar barrages and caused heavy casualties.

Location where Corporal Charles W Mantha  was killed in action:

Newspaper Article about the death of Corporal Charles W Mantha

Veteran of 2Invations was previously wounded

Corporal Technician Charles W. Matha, 31 years old, only son of Mr and Mrs Charles F. Mantha of North Main Street Sayville, and veteran of the African and Sicilian campaigns whas killed in action somewhere in Germany on October 5th.
Word of their loss was received by Mr and Mrs Mantha on Tuesday when a telegram from the War Department reached them. While no confirmation is possible, it is believed Corporal Mantha lost his life at Aachen with the 2nd Armored Division which is popularly known as Hell on Wheels. He had been in Germany for 3 weeks previous to October 5th. Having fought his way through Belgium and Holland. His last letter to his family was dated September 29th. Corporal Mantha was the owner of the Purple Heart, that order having been bestowed upon him in August after he had suffered two bullet wounds in his shoulder while engaged in combat in France on August 10th. A tough fighting men who have been on the initial D day landings on the coast of France, he made a quick recovery from his injuries, and returned to active duty on September 3rd. Inducted into the army on March 9th 1942 Corporal Mantha was soon assigned to the engineers and placed in the 2nd Armored Division which took part in the invasion of France Morocco in November, 1942. He was in Casablanca for a time but when the preparations for the push through Sicily started, he moved on to do his part in the tough Campaign. In December of last year he was shipped to England to get ready for the invasion of France and on D-Day in June moved across the Channel. His division earnt fame and glory in the attack on St. Lo when it broke the German Line. Before being  shipped overseas, Corporal Mantha spend some time at Camp Dix as instructor,  as he did at Fort Bragg in North Carolina. Before his induction corporal Mantha was a light maintenance Foreman for the New York State Highway Department, but have a position in the United States post office awaiting him upon his return to this country, having passed a civil service examination with a rating of 96 and 2/3. He was a graduate of st. Laurence Parochial school and off Sayville High School where he was active in sports. He was a communicant of st. Lawrence R. C. Church of Sayville, where he served as an Usher; a member of the local knights of Columbus Council, and of the Holy Name Society. A requiem mass for the dead soldier will be sung by the Rev. Raymond J Smith in St. Lawrence on Monday morning at 9 o’ clock. Besides his bereaved parents he leaves two sisters, Mrs William Harrer of Livingstone Lane, Bellport, and Miss Evelyn Mantha of Sayville. 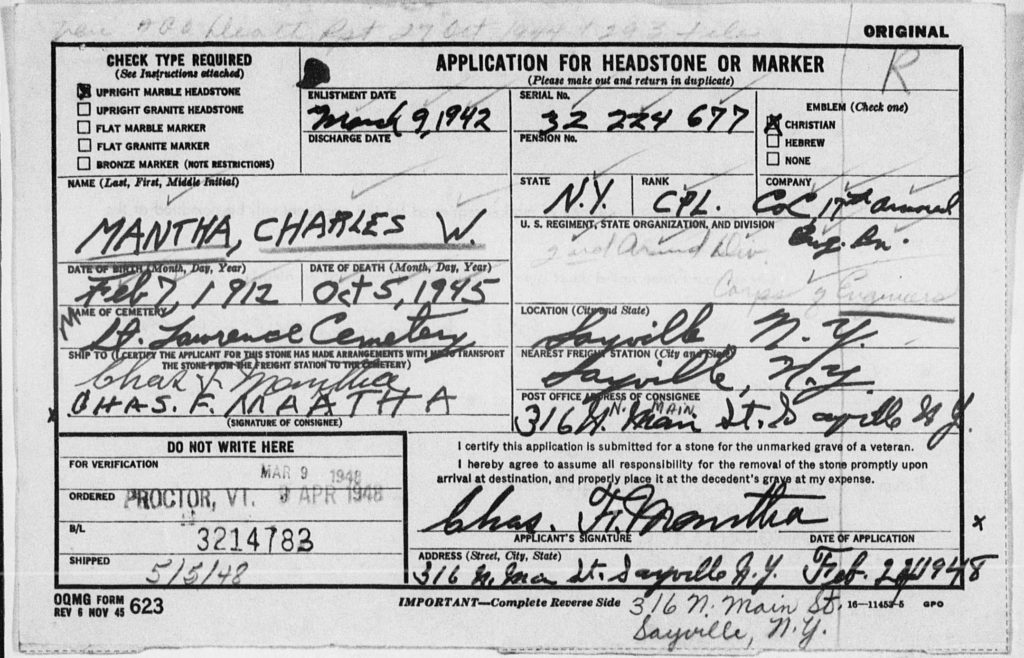 The location of the house in the year where Charles W Mantha lived with the family, as an 27 year old “ Highway Laborar”:
Adress:  316 North Mainstreet, Sayville, New York, United States

Charles W Mantha works as a “Laborer in the Highway Company”