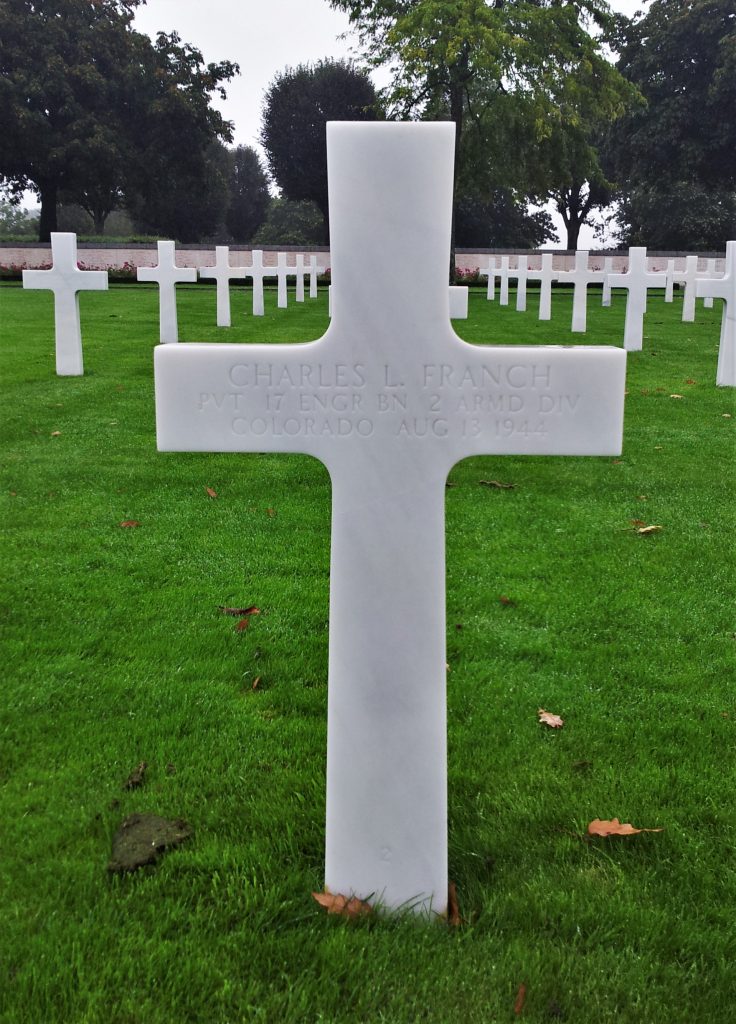 Where and how was Private Charles L Franch killed in action?

It is not known in what Company Private Charles S Franch was in so we can’t tell specific what happend to him. The sources mentioned “one man killed” in this period in August 1944, our research revealed that there are seven 17th Engineers killed in august 1944.

Was Private Charles S Franch part of the C and D Company on August the 13th 1944 who built the treadwaybridge near Domfront?  Or was he killed in action working as infantry?
It well could be but nontheless he also could have been killed on “Purple Heart Hill” (Hill 329). 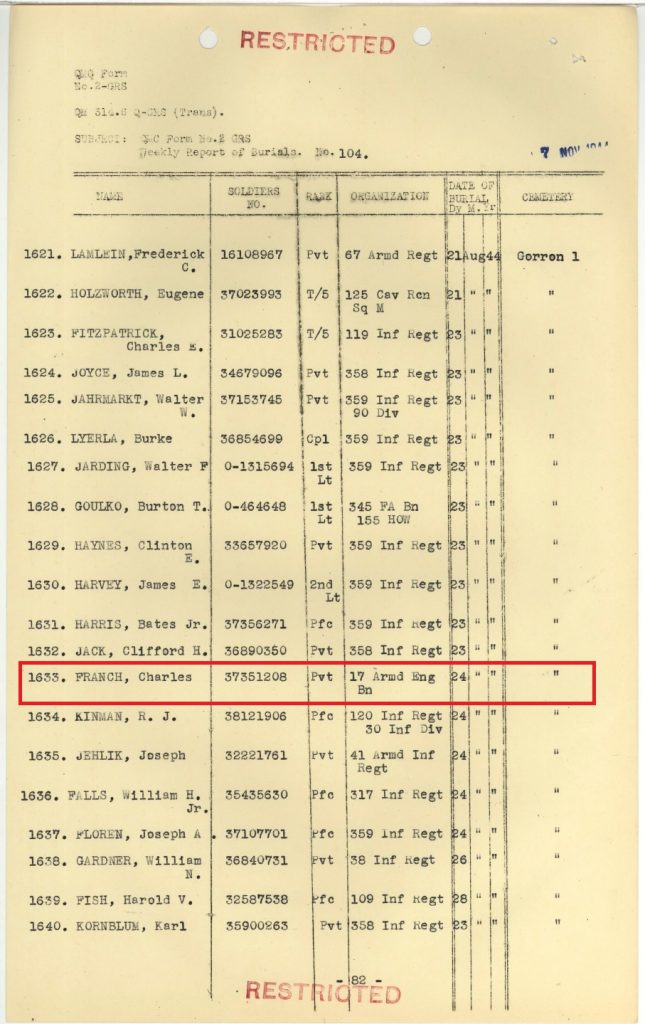 The location of the house in the year where Charles L Franch lived with the family, as an 12 year old “miner for a Colemine”
Adress: Garfield Avenue 19319, Trinicad city, 43, Las Animas, Colorado, United States 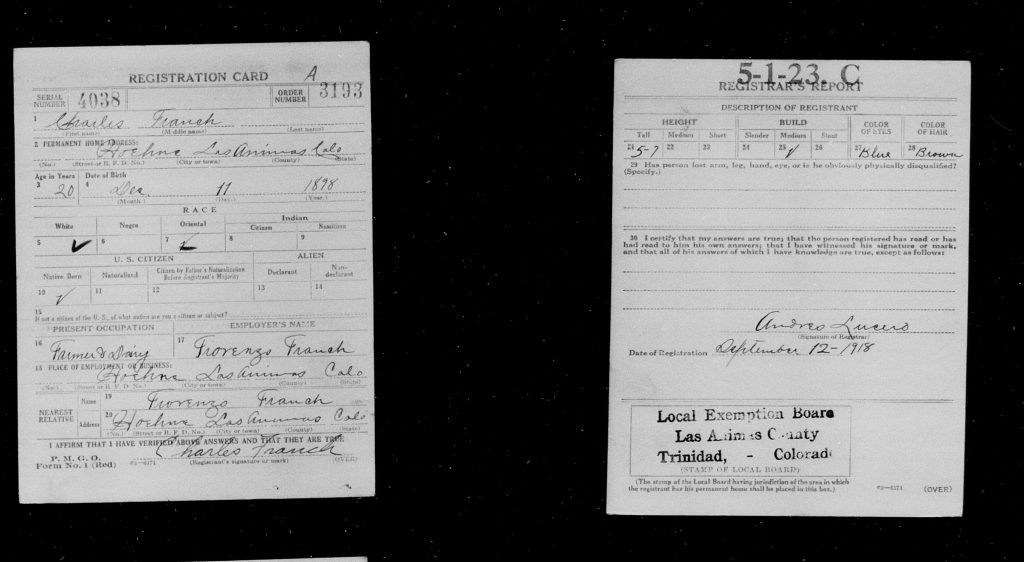