Private William Henry Lejeune Bobo is stated as an “Died Non-battle”. No further information is known about how he died, but because he was in active service during the war he deserves a place in the Roll of Honor.

Where did  (Bill) William Henry Lejeune Bobo lived as an 5 year old boy in the year 1930?

Bill Bobo lived at an “Sawmill Bobo”, wich was owned by his family, we can also read in the Sensus from 1930, that the the occupation of the man are “Laborers Sawmill”.
There was not an street named at the family’s house, but it just stated “Sawmill Bo-Bo” so it must have been a well known place.

The excact location of the Sawmill is not known but this location is correct: Precinct 1, Douglass, Nacogdoches, Texas, United States. (source: US Sensus 1930)

Who were other people/ family living in the same Household around the sawmill in the year 1930? 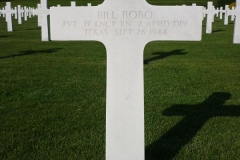 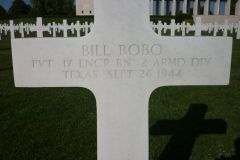 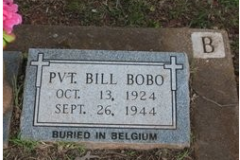 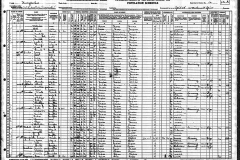 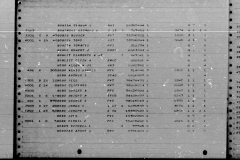 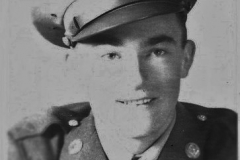