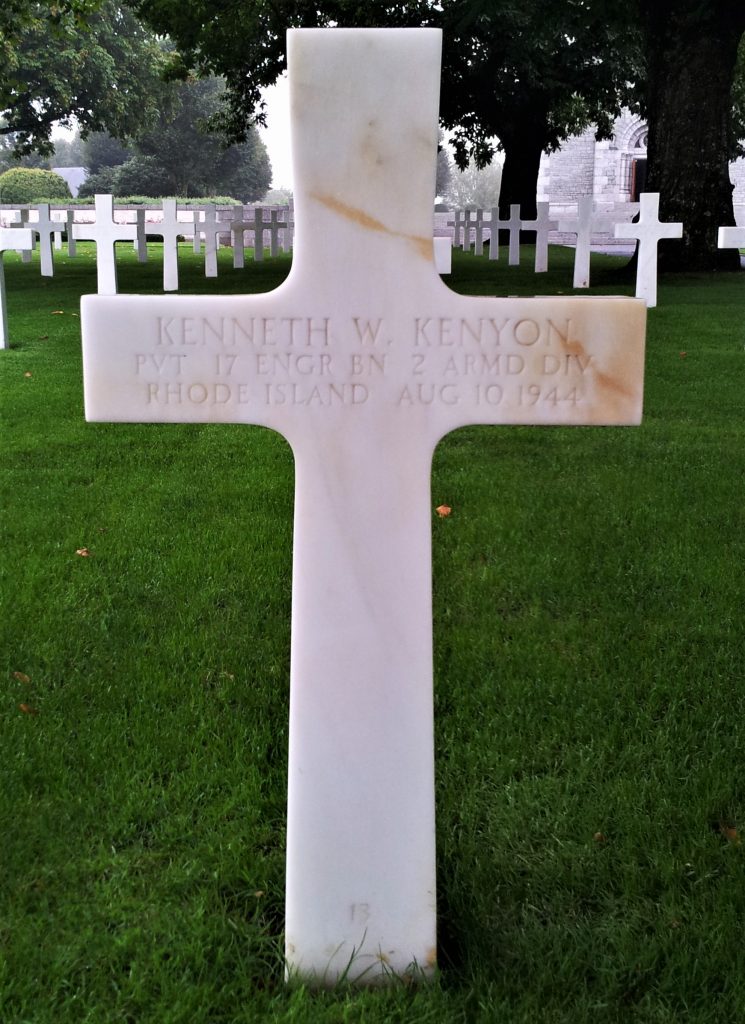 Where was  Private Kenneth W. Kenyon killed in action?

On August 10 XIX Corps attacked to recapture Gathemo and moved toward the town of Tinchebray, about seven miles east of Gathemo. Collier organized two task forces. One was attached to the 28th Infantry Division, with the mission of recapturing Gathemo which it did, driving out the remnants of the German 84th Infantry Division. The second task force was commanded by Lt. Col. William M. Stokes, who replaced Collier as commander of the 66th Armored Regiment. They attacked at 6:00 A .M. to capture Vengeons and St. Sauveur de Chaulieu, both between Gathemo and Tinchebray. The attack progressed smoothly across broken terrain and in the face of intense enemy fire. By nightfall the command had advanced about two miles toward its final objective. By Aaugust 11 the Germans saw that their attack had stalled. The German commander sought to get out as many men and as much material as possible, to form a new defensive line near Le Mans.

During the day of August 10, Combat Command B acted as a covering force, while the 3d Battalion, 120th Infantry Regiment, attacked to open supply and communications lines to the 2d Battalion of the same regiment, isolated on a hill near Mortain. The Intelligence and Recon-naissance Platoon of the 67th Armored Regiment conducted an extended patrol along the Mortain-Barenton road to determine if it were clear of enemy. About two miles north the patrol encountered a defended roadblock and beat a hasty retreat. In doing so, one driver backed his jeep over the edge of the road, injuring both occupants. One had to be evacuated, while the other was able to stay on duty with the regiment. Patrols which had been sent toward Ger encountered the enemy in strength. One detachment pulled back and the Germans followed it toward the American positions, but they were repulsed by division artillery. Another patrol made enemy contact about 200 yards from their front lines. When the Germans tried to surround the Americans, their move was detected. Though not actually encircled, they were cut off by extremely heavy small arms and artillery fire. Maj. Clifton B. Batchelder was notified of the action, and he directed tank and artillery fire on the German positions. During the artillery duel, a Concentration of nebelwerfer fire landed at the observation post of the 3d Battalion, 67th Ar-mored, killing one man, wounding another and destroying the jeep of the battalion commander. The Germans were driven off, however, and.Americans were able to return to their lines. During August 11 , the 2d Armored Division continued to defend its positions north of Barenton. It had moved its reserves forward and as a result of the previous day’s action had them on thirtyminute alert. Patrols continued and they penetrated the Foret de Linde Pourrie, northwest of their lines. The Germans tried their earlier tactic of following the Ameri-cans back to their lines, but it was stifled by artillery and tank fire.

It is not known in what Company Private Kenneth W. Kenyon was in so we can’t tell specific what happend to him. The sources mentioned “one man killed” in this period in August 1944, our research revealed that there are seven 17th Engineers killed in august 1944. Some platoons were assigned to Combat Commands and were also active as infantry around the area Barenton, were the fighting was intense.

Region where Private Kennth W. Kenyon  was killed in action: 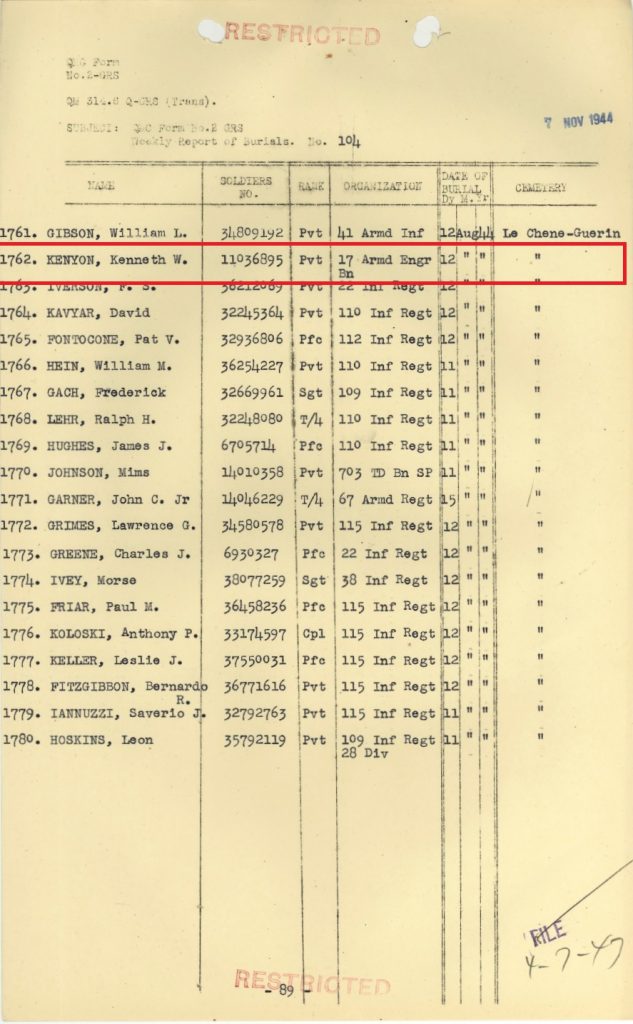 The location of the Locustville Woolen Mill in the year 1925 / 1935  where Private Kennth W. Kenyon lived with the family:
Adress: 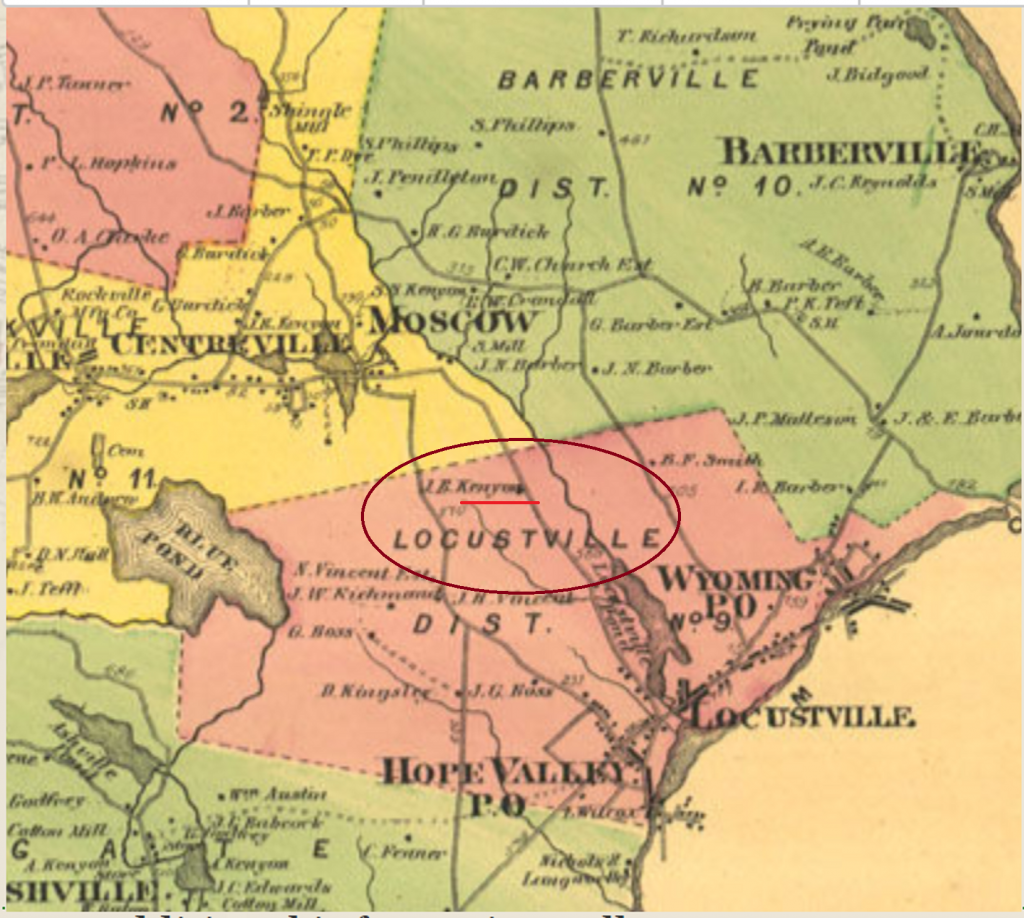 The family name “Kenyon” where the Woolen Mill in  Locustville was can bee seen in this historical map. 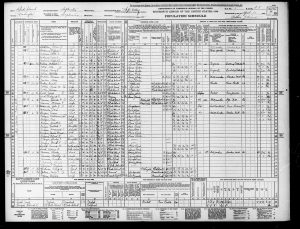 Kenneth W Kenyon was a student at the Hopevalley Elm school, and was at the 5th grade in 1935. 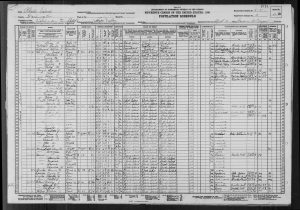 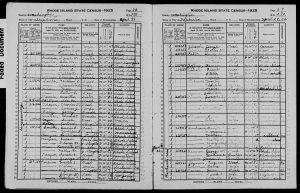 The family Kenyon lived near the Locustville Mill Yard in 1935.

The earliest European-American settlement of the village site was by Hezekiah Carpenter, who arrived in 1770 and dammed the Wood River and built several small water-powered mills. His settlement was called Carpenter’s Mills. Around 1818 a tannery was built at the site. The textile industry arrived in 1824, when Gardner Nichols and Russell Thayer bought the existing mills and began to operate them for carding of wool; fulling, coloring and finishing of cloth; and manufacture of textile machinery.[4]

The formerly separate village of Locustville, which grew up along Brushy Brook, is now part of Hope Valley. A dam and mill were built at the site of Locustville in 1820. In the late 19th century the Locustville mill property was taken over by the Nichols and Langworthy Company, which had operated the Hope Valley mills since 1835.[4] 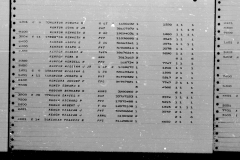 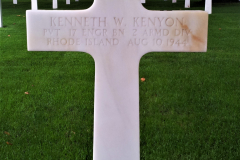 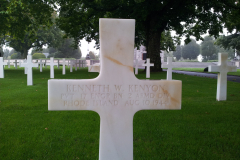 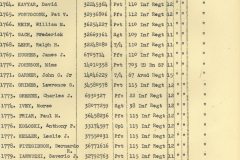 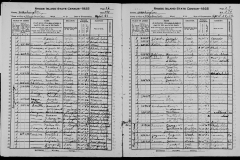 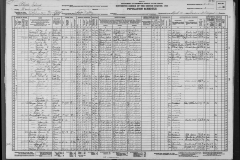 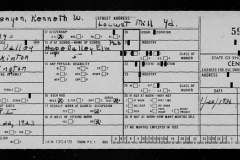 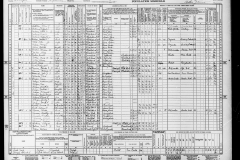