The 17th Armored Engineer Bn. departed from Tidworth 6 June 1944, for the marshalling area near Portland, England.

Coming across the channel in LSTs the trip was unforgettable in the vast numbers of ships of all types which composed the invasion armada and the large number of planes flying overhead. Landing at Omaha “Red” Beach, in the vicinity of Saint-Laurent-sur-Mer, the first of the Bn. to reach France was Co. ”A” on 9 june, followed by Co. ”D” the next day, and Hq Co, Co. ”C”, CC. ”E” and the Medical Det. 11 June 1944. Co. ”B” arrived 12 june, and the rear detachment 3 July.

The Bn, after reassembling and de-water-proofing near Mosles, moved to the vicinity of La Mine, France on 11 June. Bivouacking in the woods near Division Hq, the units under Bn Control worked on road improvement, set up water points which during this period showed an average output of approximately 18.000 Gallons a day – the highest they ever recorded – and built several small bridges in rear areas. Enemy planes strafed the areas on several occasions, and “Bedcheck Charlie” came over every night.

After several missions the force returned to the vicinity of La Mine 17 June after the very successful operation which had prevented our beach-head from being cut in half. Considerable work ot this type was being preformed during the period 18 to 30 June, and training was being carried on in breaching hedgerows and other operations.

The 2nd Armored Division in total trained during this period with camouflage vehicles and cloting en performed maintanance on the vehicles and weapons. The train emphasizing tank-artillery-infantry cooporation in hedgerow fighting. Its stressed too knowing the enemy weapons, tanks and bazookas, using flametrowers, practicing demolitions and using mine detectors.

In all the historical sources we found the same information, the 17th Armored Engineers were in training at Division HQ and surroundings/ wouds. No mentions are known of enemy contact on de 19th of June 1944. Pvt John M Cabey did receive the Purple Heart Medal, so he was killed in action with enemy contact.
That leaves us only guessing, that he died during the intermittent fire from the enemy, like the strafing planes at night, and patrols or artillery. After all, they were near the front and the Germans were known of performing numerous suprise attacks. We know that he officially “died of wounds”, so he could have been wounded badly in the days after the landing and eventually died of wounds on June the 19th 1944. 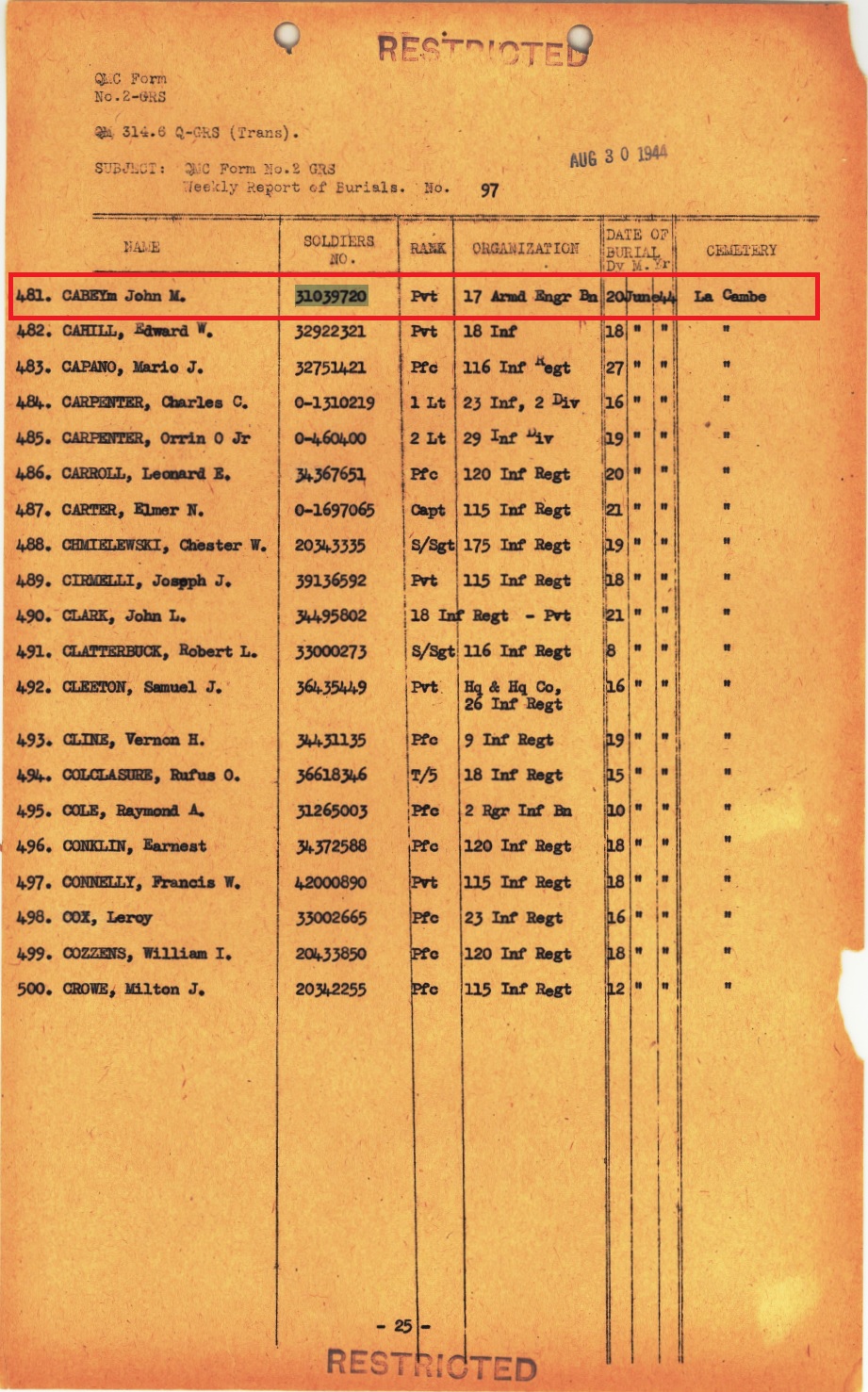 This is the house where John Michael Cabey lived as an 5 year old boy in the year 1920:

The Household with the family where John Michael Cabey lived as an 5 year old boy: 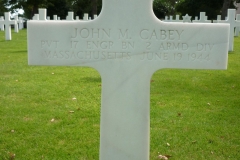 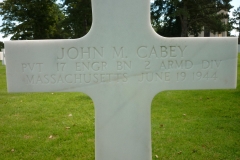 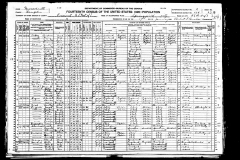 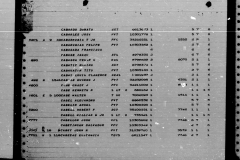