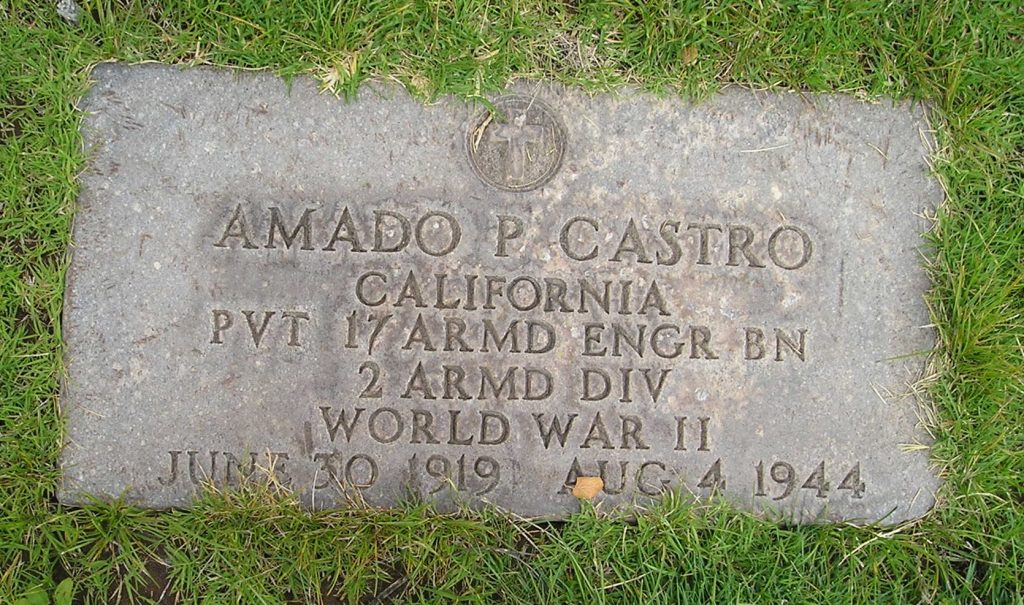 Where was Private Amado P. Castro killed in action/ died of wounds?

We do not know what Company Private Amado P. Castro served in during th 4th of august 1944. Normally it can be found on the Headstone application card, but unfortunatly it states “US Army Ground Forces”.

Private Amado P. Castro was probably active during the mission with CCA or CCB, to attack Vire and Saint Sever Calvados, during the heavy fighting he was Killed in Action.

Location where Private Amado P. Castro was killed in action/ died of wounds: 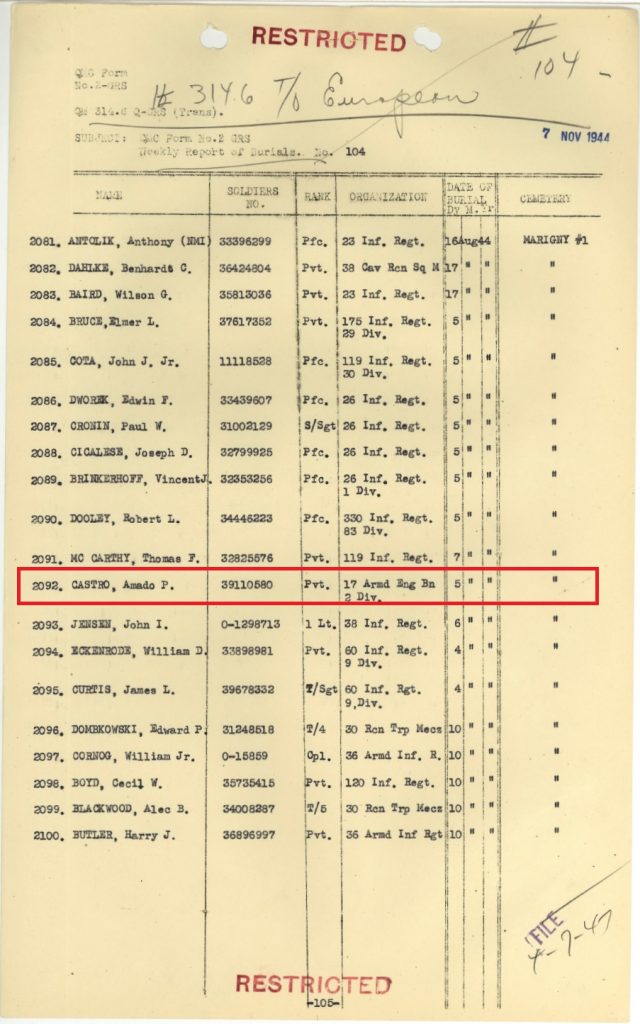 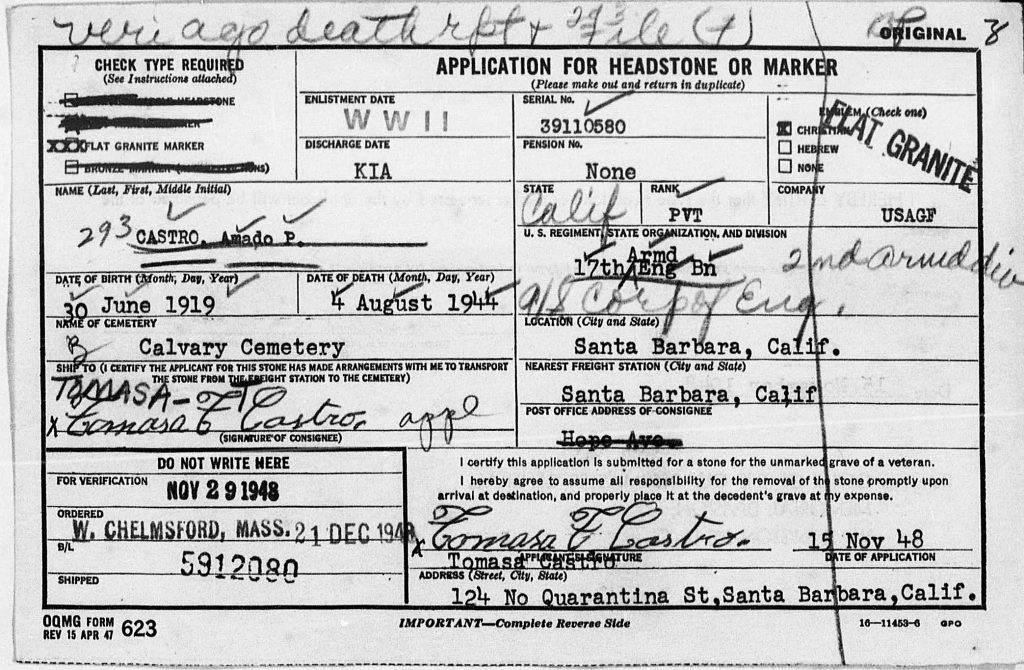 The location of the house in the year where Private Amado P. Castro lived with the family, in 1930 as an 10 year old  son:
Adress: 815 North Sydney Drive, Los Angeles, Californië, United States

Father Donaciano Castro imigrated in 1916 from Mexico and worked as a “Tanner” in “Leather Tannery” and spoke Spanish. 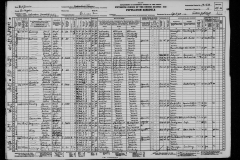 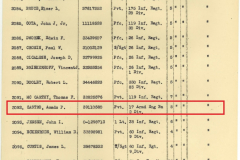 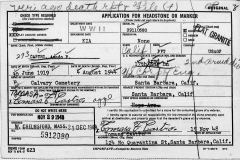 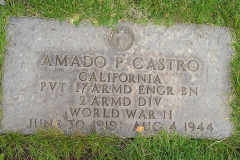 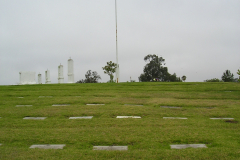 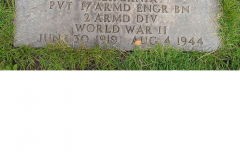