In the build-up to Operation Neptune and other large-scale military operations during WW2, the United States Army introduced a system by which all items that were to accompany a unit on an overseas voyage could be correctly identified to their respective units. These items included large personal equipment to vehicles and tentage of the unit. The system which was devised can be likened to the modern day bar code system. By assigning each unit a 5-digit serial number all items could be easily identified. To expedite the process of identifying the numerous pieces in the system, a colour code was also devised, with specific colours relating to the final two digits of the 5-digit code.Unfortunately, since the information that was relevant to this particular system was highly confidential (most documents referring to it were rated as “BIGOT” – the highest security type used for the invasion of Europe), very little evidence or documentation exists to document the process and system used. Attempts have previouslt been made by researchers and historians to gather a list of these POM markings (or more accurately, Unit Serial Numbers), but most have failed to produce a definitive list due to the lack of evidence or official history.
(source www.med-dept.com)

For the 17th Armored Engineer Battalion we do know all te POM’s for the vehicles, as you kan see in the table below 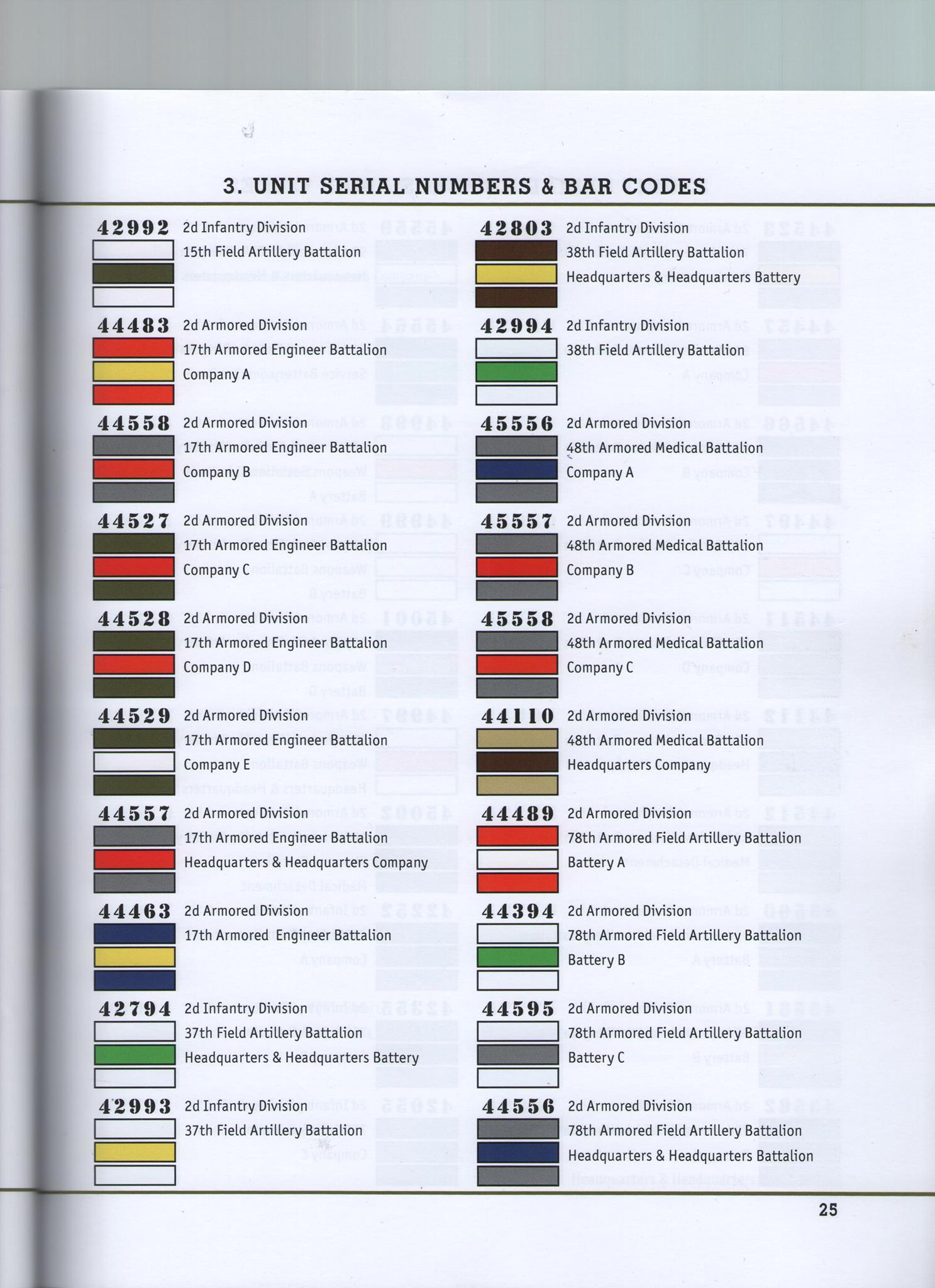